Bryan and I have both been to New York City soooooo many times.

My 1st trip was for New Years 2001. I went with my parents and my aunt. We stayed at the Marriott Marquis in Times Square and watched the ball drop out in the freezing cold.

Then I went several times with girlfriends and did the whole club scene and whatnot.

Bryan and I went a few years back just for fun and then the next year we spent a week working in the city together.

Bryan and I hopped on a train in New Haven, CT and headed to Grand Central Station to spend the day in The City.

This was Bryan's and my 3rd time in NYC together, so we've done most of the touristy things already, but we'd never been at Christmastime together, so this day was really special for us.

We started our day at Rockefeller Center, admiring the tree and watching people ice skate on the famous rink. 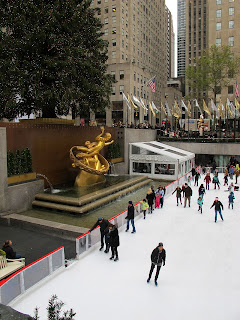 The tree was beautiful! 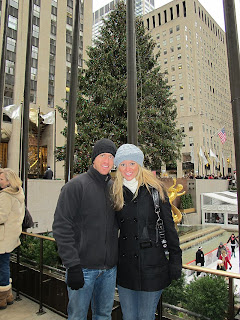 We didn't admire too long before we decided that, yep... we're gonna take to the ice! 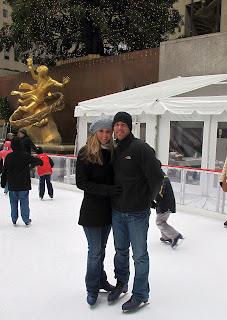 He's such an athlete... he caught on so quickly 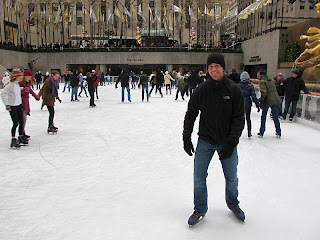 I spent my 1st lap like this, hanging onto the rail with the kiddos who were scared too 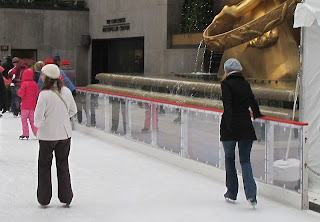 Once I got the hang of it, I was a skatin' fool! 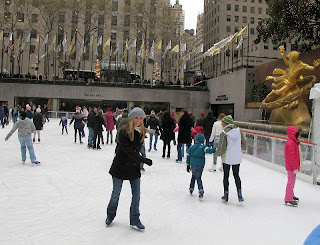 This is what happens when I give Bryan the camera... he catches faces like this! 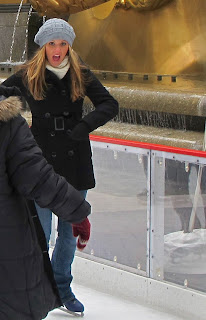 "Look at me -- no hands! I'm skating in Rockefeller Center, WOO HOO!" 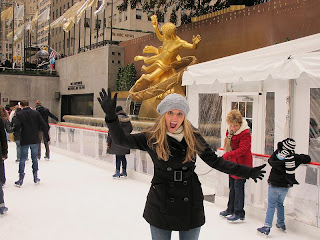 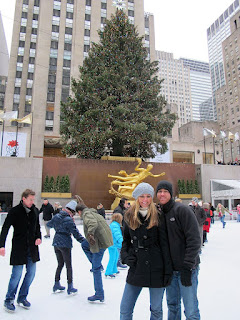 The window where the Today show is filmed 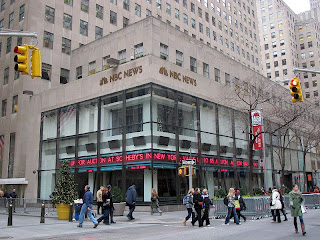 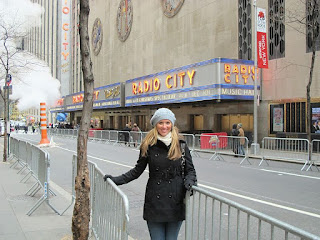 Everywhere you turn The City is decked out for Christmas 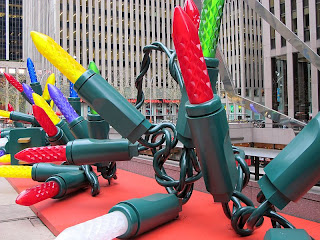 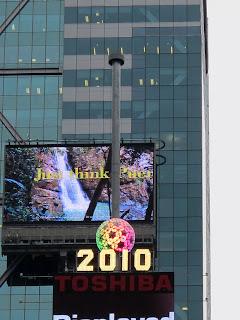 Times Square
See that black car at the bottom of the picture? My parents, my aunt and I were standing right about there watching the ball drop in 2000 going into 2001. One of the coolest things I've ever experienced in my life! The ball is right on top of the red stuff in the middle/left part of the picture 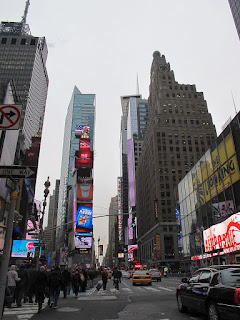 When in New York, just about the only thing Bryan and I will eat is pizza at dive-like pizza parlors. This pizza was amazingly good! 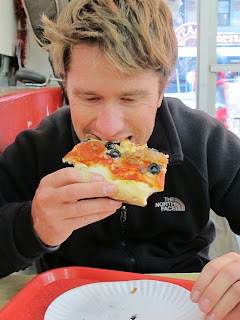 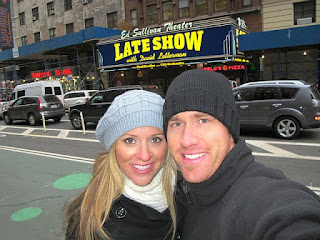 I was pretending that Donald Trump just fired me on The Apprentice! 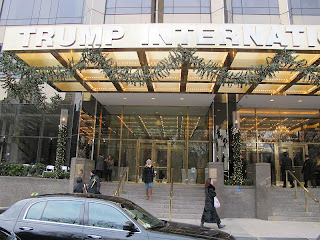 A brisk stroll through Central Park with some yummy apple cider 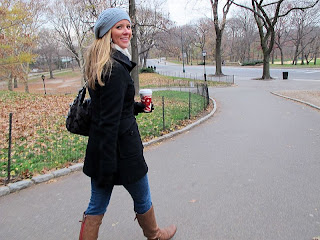 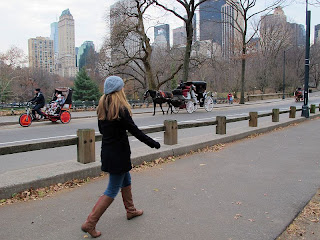 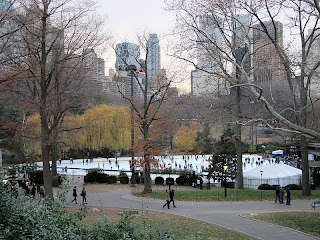 Fendi, by far, had the most impressive holiday storefront on 5th Ave. 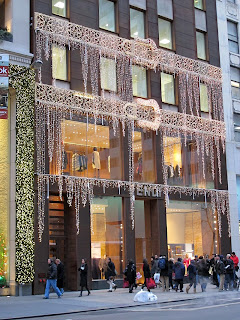 We were beat by the end of the day... so was the guy next to Bryan, HA! 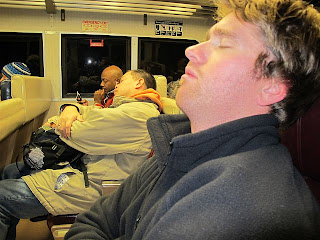 We feel that this time spent in NYC was a once in a lifetime experience. I can't even begin to explain how blessed we feel to have ice skated in Rockefeller Center at Christmastime.

These memories will last a lifetime....