I flew straight from Orange County to Houston to work the TEDxHouston conference on behalf of Lincoln.
***
Once checked into my hotel on the University of Houston's campus, I texted my mom's cousin, Jeannie, to let her know I was in town.
She told me that her and her husband had just left happy hour and that they were on their way to pick me up.
Yikes! I didn't even know we were hanging out.
It was so gracious of them to drop everything to see me so last minute!
They gave me about a 20 minute heads up, so I changed real quick and headed down to the lobby.
I kind of look like crap in these photos because it was a really long day, but whatever... we had an awesome night out!
Jeannie's daughter, Meggie, was out in River Oak at Sherlocks, so we met up with her there.
Meggie's 23 years old and her friends didn't believe that I was 30.
They were actually shocked!
Not gonna lie, it made me feel so good!! (but I do need to work on my forehead wrinkles.. any suggestions???)
The bar was huge and jam packed. Why? Because they had $1 drinks for happy hour.
And not just any drinks...
Bud Light, Miller Light, Coors Light and a variety of wine.
I spent a total of $4 and that included 2 glasses of wine for me, 1 glass for Jeannie and a $1 tip.
Love that place!! 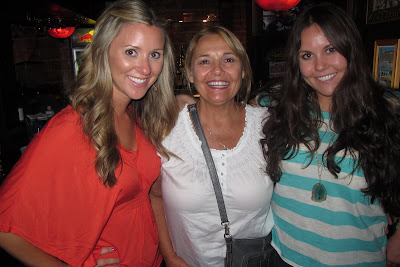 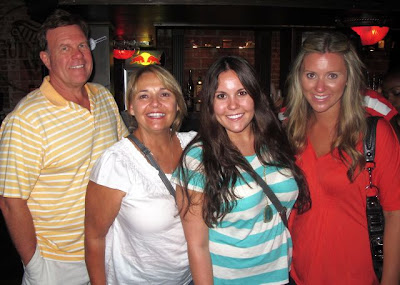 After Sherlocks, Jeannie insisted that she take me to this other bar.
She swore that it was a bar unlike any I had ever been to.
I didn't believe her, but obliged.
Next thing you know we're dying laughing because this door in this empty parking lot opens up to a super swanky "secret" lounge in River Oak.
And she was right, it was a bar unlike any I had ever been to!
I have no clue how to describe it other than it's 2 levels and extremely dim lit.
Considered a "cheaters" bar, the upper level was full of groping.
The lower level has lounge tables.
Jeannie and her husband, Dan, explained that it was extremely popular with men in the oil industry. Men who had lots of money and mistresses.
Apprently most people who live in Houston don't even know it exists because they don't have a website and they don't advertise -- it's all word of mouth and it's very exclusive.
It was awesome! 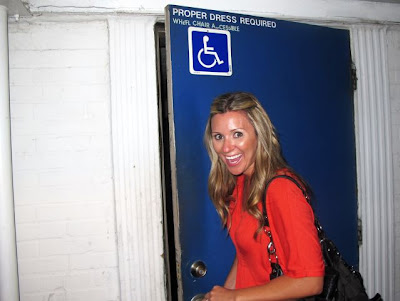 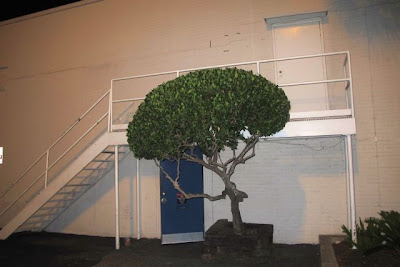 This weekends work was fascinating.
We transported people to a behind the scenes tour of the Orange Show.
I don't really know what to say about this place either. I mean, the pictures speak for themselves.
This place is freaky, but locals think it's great! I thought it was scary as all hell.
Some man was obsessed with oranges and created his home into the Orange House, which he thought would draw more people that the Grand Canyon.
Um, okay!
He was a mail man and picked up scraps off the side of the road to create this house. He didn't buy anything and he built it all himself.
Mind you, there are no zoning laws in Houston.
None of his neighbors talked to him and he believed it was because all of the women wanted him and all of their husbands were jealous and angry about it.
He believed that if you ate 3 oranges a day and never smoke of drank you would live to be 100 years old.
He only lived to be 80.
Coo coo! 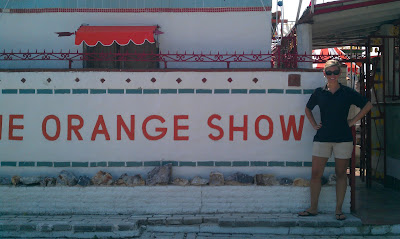 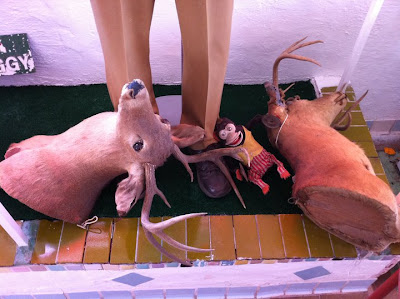 These are the tour guides. Freaky! 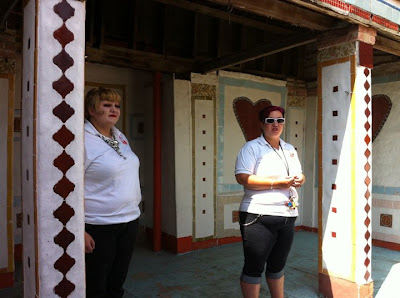 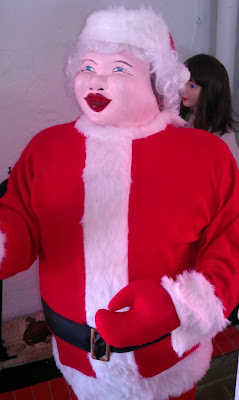 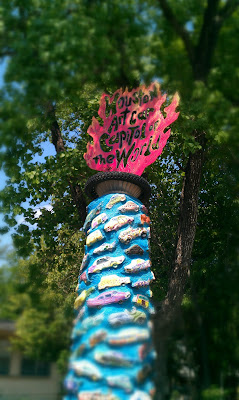 My co-worker being one with nature and feeding a squirl a french fry out of his hand! 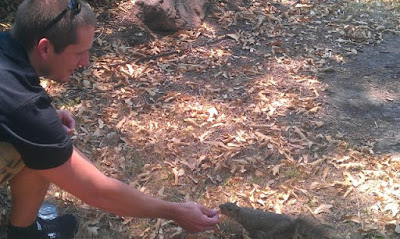 We went out to an awesome Mexican restaurant with our boss, client and all of the guys too. I had a sangria margarita and thought I died and went to heaven. Too bad I could only have one! Yep. Sober driver right here, boo! 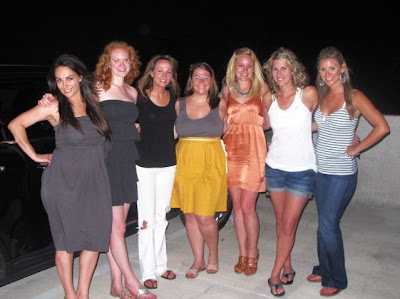 Houston has been one of my favorite places I've been this year.
It was just the freakiest, scariest and craziest place I've been and it was totally unexpected.
I had no clue so many nut-jobs live there!
I laughed the whole way through the weekend...
And I won't see these lovely ladies for quite some time, as I'm off to manage a new program.
I got so used to having my girl, Hollie, around every weekend that now I'm going through Hollie withdrawls without her!! Friend, I know you're reading this -- miss you buddy! Come visit... we'll rent a boat for the day and you can help me figure out what to do with all of the space in my house. Please! OM.......
Although I had a blast, I had been away from Bryan and Cali for 10 days so I was missing home and my family and was just so ready to get home to them!!!