The last time I was in New York City was back in December and Bryan and I had a whirlwind day! Check out our winter wonderland adventure into the city for a day here!


I went to NYC to work the TEDxEast Conference on behalf of Lincoln.


I wish I could share the details of my NYC work days, but I'm not going to because everyone in the world would want my job.


Yes, my job really is that awesome!


I saw The Lady. Most refer to her as The Statue of Liberty, but I took took calling her The Lady on one of my 1st visits to the city about 10 years ago. No clue why, but it stuck! Oh, and those fine men ruining my picture are actually Ground Zero construction workers, so I guess I'll let it slide that they invaded my shot. 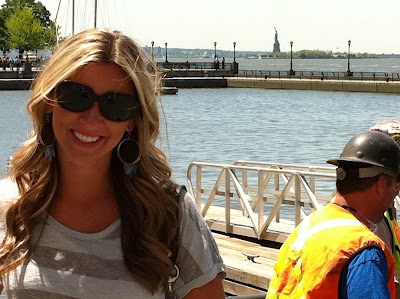 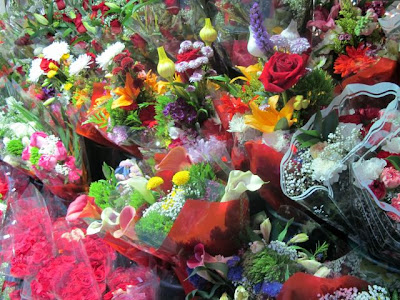 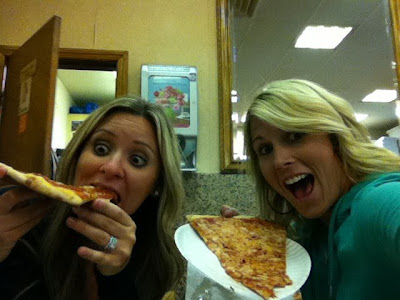 My clone decided to stay up with all of our co-workers until about 4:30am, so while she was sleeping off her "Coca Cola's," I was sipping a Latte at this adorable cafe in Central Park. 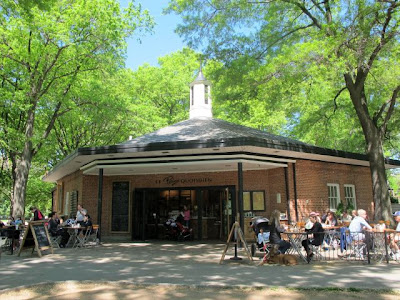 See that empty table there? Yep. It was mine just moments earlier! 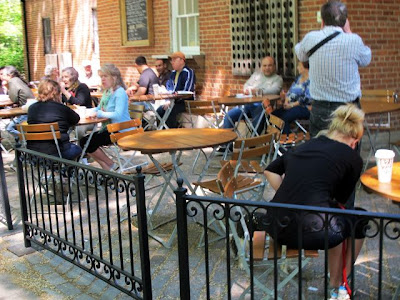 This was my view of the park and buildings. Love it! 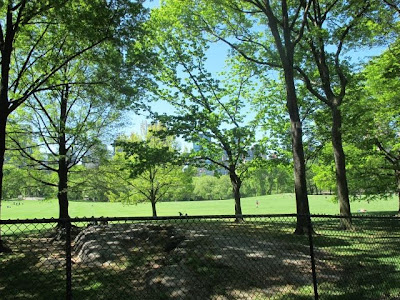 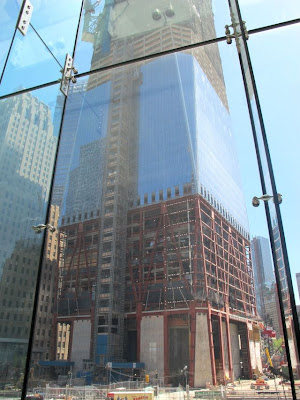 Panaramic shot of Ground Zero... still lots of work to be done!

Oh yeah, and I worked. All day. Everyday. With 10 of my friends. All dressed in black. Almost like The Men In Black, but missing the talking Pug.
***
Prepping the Lincoln MKZ Hybrid --- Corporate life? No thanks! I'll stick to cleaning cars infront of the New York Times building. 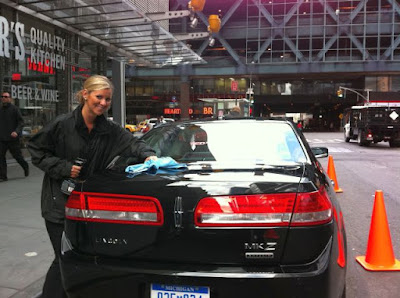 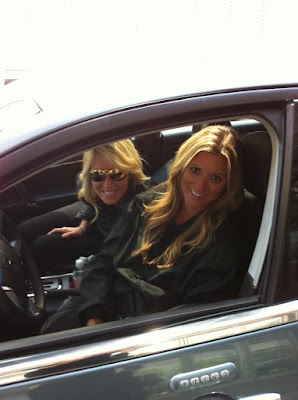 Giant JENGA was a hit at the TEDxEast Conference! 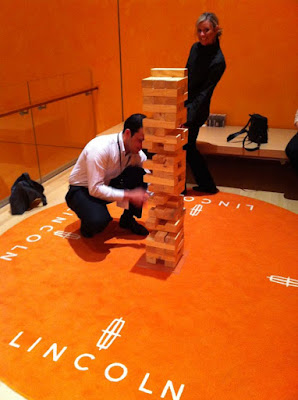 And on my flight home I flew over the lake we live on. It's the 1st time I ever saw an arial view and was quite impressed... and confused. I had no point to reference where we are and couldn't find where I live. 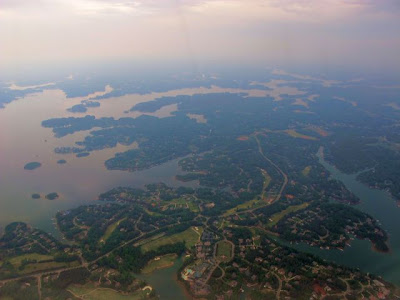 Although much of my time in the Big Apple was not caught on camera, I will say that there were moments when I was video-taped.


Moments when my clone and I were asked if we are sisters/twins.


Moments when people thought I was pregnant because I was drinking hot tea instead of cocktails/wine at our team dinner.


Moments where I was forgetful.


Moments when I wish I had time to walk across the street from my hotel to the Time Warner Center and get my shop on.


Moments where I found myself eating at Landmarc and Schnipper's.


Moments where I was behind the wheel driving through Time Square to the MET, to MoMA and to The Standard in my own MKZ.


Moments where I had a New York Times best selling author in my car.


Moments when I was chowing down a hot slice of pepperoni and mushroom pizza on the subway.


And moments when I felt like a local and got treated as if I were one too!