randomness for the day


I'm bringing it back! 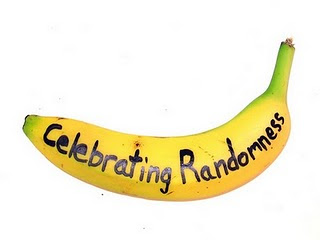 First off: Osama Bin Laden is dead! News broke in the 10 o'clock hour last night as Bryan and I were laying in bed. I was mesmerized by the coverage, but after the weekend I had just had in the Hilton Head area working at the Beaufort Air Show, I couldn't stay awake to hear President Obama speak. I tried to stay up for as long as I could, but my eyes weren't cooperating. Watching the continuing news coverage this morning and seeing the Times Square footage brought many tears to my eyes. Good tears. Bad tears. Sad tears. Happy tears. Angry tears. Hopeful tears. Being that I spent my weekend on a base and around every branch of the miltary, I can't help but wonder how they all feel about this news. Many emotions, I'm sure. Proud should be one of them. Lord knows I'm so proud of our armed forces, the Navy Seals and our CIA. I'm so honored to be an American and I'd give anything to be in NYC on 9/11/11!


After reading through the Pottery Barn catalog and marking the pages of things I want, I added up the number and my wish list grand total is $5,000. Eff me!


Cali doesn't sleep through the night. She wakes up between 2:00am and 5:00am and needs to be let out to go potty. Thank God we're on the 1st floor and we have grass out our back patio, but we've been doing this for a year now and it's getting OLD. Any advice for getting her to hold her bladder until morning? Other than that, she's the best little girl ever!


I have 17 bathing suits. I counted. And I really want a new one for this summer! Why can't I think logically when it comes to shopping?! I think it's a "girl" thing...


I get paid $400-$500/day for these events I worked last month and this month. If I could only make that consistenly for 12 months I'd be able to buy all of that Pottery Barn stuff I want without batting an eyelash! Too bad these events aren't consistent though...


Why oh why do I bite my nails so bad that I have to wear fake nails?!! It's 1 habit I just can't break!


I love event planning and marketing. Event marketing to be specific.


I can't imagine loving a child more than I love my dog.


Last spring I went to an allergist. My allergies were worse than they had ever been and I attributed it to moving to the south. I was right. I have always been allergic to pollen, hay, cats, dust, feathers, etc. And although I had seen an allergist years back, this allergist in NC confirmed that I am highly allergic to southern grass. Southern grass and cats are what I reacted to the most. My little welts were gigantic compared to some of the others. Southern grass? I live in the south now. This is great...


I need to go to the denist. I don't mind the denist at all and don't understand why so many people hate going. But then again, I've never had braces or a root canal or cavaties really, so I guess I've never had any reason to fear the dentist. I also don't mind going to the gyno. I mean, it's their job. They've seen worse. I'm sure of that just by sitting in the waiting room!


I pay just under $300/month for health insurance. I hate writing that check! It'll be so nice to have a "regular" job one day with company benefits again. My last company benefits rocked (even though I know some are awful)!

I refuse to have an HMO. Never have. Never will.


I never talk politics, but I'm a proud Republican. A moderate Republican. I'm more conservative financially and more liberal socially. I'm all for gay marriage and gay rights. I'm torn with a woman's right to choose. I want lower taxes. I can't stand Michael Moore. I don't think Al Gore is a God and I think it's a joke he won the Nobel Peace Prize. After what he's done to the state of California, I'm embarrassed to admit that I voted Arnold Schwarzenegger into office. I'm for capital punishment. Bryan and I think firing squads are the best form of capital punishment. Gross, huh? And I believe that we're all American and patriotic, regardless of our political party. I love to vote and take pride in my vote, but I don't vote in every election if I don't understand the specifics. For many reasons, I am not for health care reform, although I must admit that after writing a $600 check every 2 months for my insurance, national healthcare does peek my interest. I'm curious, how do all you lovely Canadian's like your country's national healthcare?


If blogging were a religion, I'd be one outstanding follower!


I never buy holiday decor before the holiday. I always buy it after when it's all on sale. I don't really believe in paying full price for anything except make-up!


I'm a lefty and hold my pen super weird. Everyone who see's me write comments on it. Even the Customs guard in Cabo commented on how I held my pen. Sometimes I want to give the finger, but I always smile and laugh instead. In my head I'm giving the finger...


When I decide to take Bryan's last name as mine (because I haven't yet), I will have "a" "i" "l" "y" in that exact order in my first and last name! Won't that look funny?! But right now every airport check-in person, TSA agent and Customs agent feels the need to laugh and make fun of my current first, middle and last name on my airline tickets/drivers license/passport, so maybe the change won't be so bad, LOL!!

Labels: random, Randomness for the Day