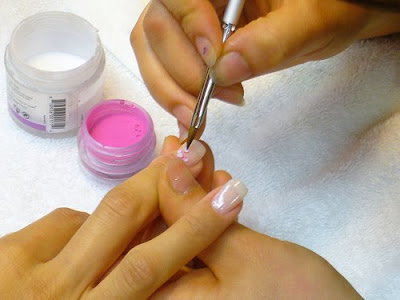 Sitting in the nail salon I noticed a man across the way.


Men in my nail salon are normal, but it was how much he was talking to the nail tech that peaked my interest.


He was older, dyed his hair black, was getting a manicure and was talking the nail tech's ear off.


I couldn't hear a word, but came to the conclusion that he had money and was lonely, as he wasn't wearing a wedding ring.


After my pedicure I headed back into a private room to get my eyebrows waxed.


The woman who was doing this man's nails did my waxing.

She gave me the scoop on him before I even asked.


She told me that his kids are grown and that they now have families and children of their own.


She told me that he has a lot of money.


She told me that his wife, the love of his life, got sick and died last year.


She told me that he belongs to online dating websites.


She told me that he sent a nice woman flowers on Valentine's Day only to receive them back from her.


(She sent them back to him!! How rude.... and I've never heard of someone doing that ever!)


She told me he's heart broken and lonely.


She told me that he worked hard his whole life, spent many long days at the office and missed much family time.


She told me that he worked so hard to provide a good life for his children.


Now that she's died and his kids have their own life, he is extremely wealthy and has no one to share his life and his retirement years with.

He provided for his family.


He saved his money.


He thought he was providing a solid retirement for him and his wife.


He thought he was doing the right thing.

He worked so that he could live life in his older age.


And now that he has the time to go out and live life, he has no one to live it with.


What a life lesson to be taught at the nail salon...