Winter Wonderland Out Our Back Door

Being that this is our first winter not living in southern California, waking up in our own home to a winter snowstorm is like, the biggest deal ever.

We were kids in a candy store flipping out!
Cali needed to go out to go potty and we had no idea how she would react to the snow.
Being so small, we assumed that she'd hate it.
Initially, she was hesitant and would look up at us as if to say "Come on mama and daddy, help me out here guys. What'do I do.. how do I go... where'd the green stuff go?" 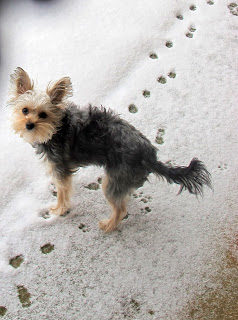 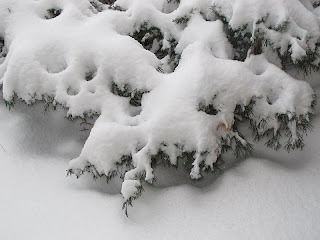 Bryan stuck a measuring tape in the snow to see (a)how deep it was, and (b)if Cali would sink, haha!
It was 4.5 inches deep and growing... 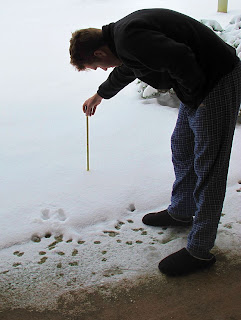 I put Cali in a sweater and then covered that sweater with a heavy coat and sent her out to do her thing...
She was a little confused, but cute as ever! 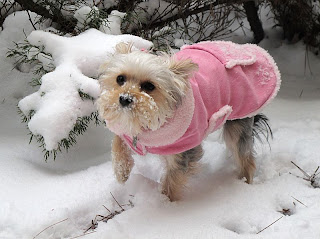 And then...
And then she took off like a wild woman, running and pouncing and digging and hopping.
The dog is obsessed with the snow!
She loved it and it was really the cutest thing watching her hop threw the snow like a little bunny rabbit, as curious and playful as could be! 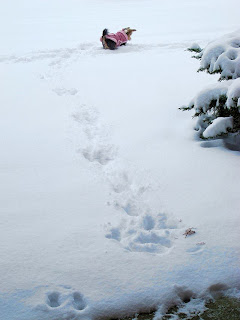 She was shaking so bad that we brought her in to warm her up, but all she wanted was to go back outside to play some more 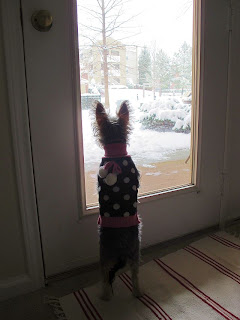 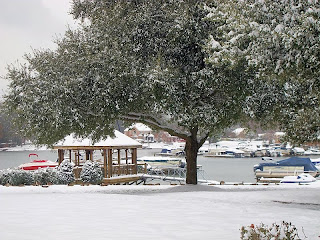 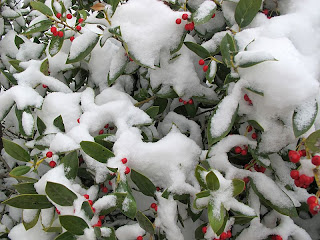 Freezing our asses off for this picture, but it's my fav of the season!
Our neighbor came out right after we took this and talked our ear off for a solid 5 minutes. With our I.Don't.Care.About.Your.Grandkids.SonsJob.Reason.Why.You're.Living.Here fake smiles plastered across our faces, Bryan interupted his All.About.Me rant and told him that we were fa-fa-fa-freezing and needed to go back inside. He then quickly added that he and his wife were watching Cali "hop" *yes, he said hop* through the snow earlier and that she provided them lots of entertainment. Ahhhhhh, Cali's just the best! 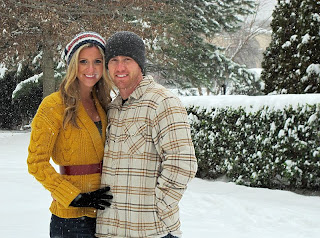 My girl and I 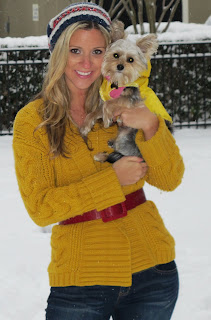 I drank more hot chocolate this day than ever in my life.
Aside from getting our car stuck in a neighborhood (guess the Infinity isn't meant for snow, go figure!) and some bickering between Bryan and I, we had a great day in the snow!
***
For your viewing pleasure...