We have been staying in hotels for over 2 months now, so when I started to research lodging for our week in Pensacola, I searched vrbo.com for condo's and houses. I found an awesome 3 bedroom condo in Pensacola Beach for dirt cheap, so after talking it over with the team, I booked the oceanfront condo for 7 days!
*
When we rolled into town, we passed our condo accidentally.
While turning around we ran into the Extreme Home Makeover bus aka "MOVE THAT BUS!" It had a Christmas wreath on the front of it, so we assumed that they were taping footage for a holiday episode. Turns out we were right -- many people at the fair thought that we (Ford) donated a vehicle to the family who's home got made over in Pensacola Beach... the episode is set to air the week of Christmas.
Pretty cool! 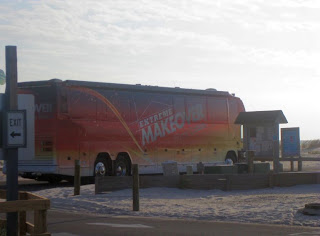 Our condo's family room... if you look closely you can see the ocean off the balcony. 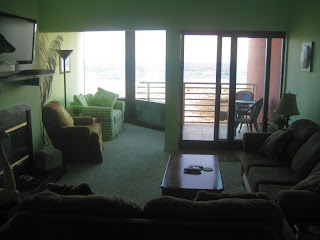 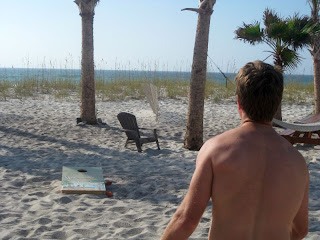 Bryan and I went on an early morning walk to the pier.
We ended up walking 4 miles in the sand and I was sore as hell the next day! 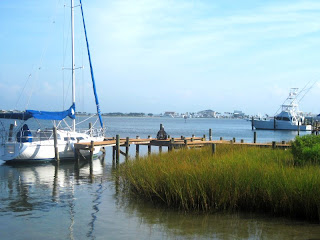 GoPed and Yeti got some good use! 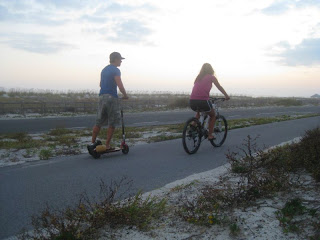 It was beautiful outside all week and we got fried this day! 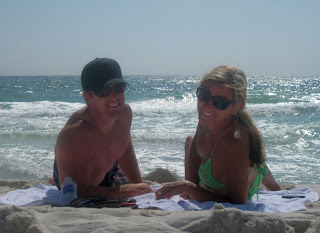 Bryan likes to collect seashells, but we can't take all of them home so we decided to take pictures of them instead :) 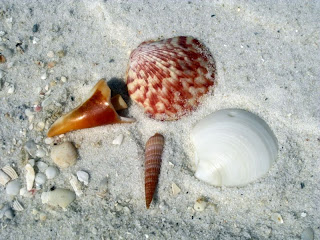 Pensacola Beach is in the gulf region and was hit hard by the oil spill. Throughout our time in the area we heard many sad stories... and other stories that just irritated me. Everyone is trying to put in a claim to collect money from the spill, even people who weren't affected. Anyhow, the clean-up crew is still in full force and was out on the beach 24 hours a day everyday. 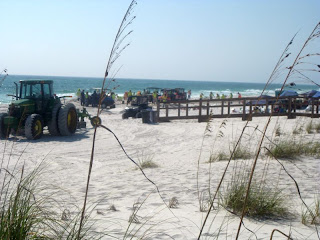 I was so excited that I got to cook a "family" dinner for all of us.
I made so much that we had left overs for days! 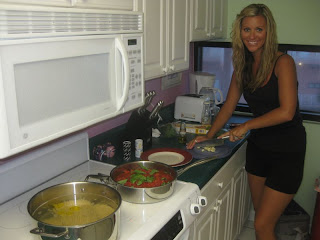 Peg Leg Pete's is the place to be, haha! 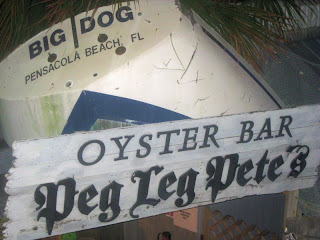 Bryan was slightly obsessed with this sign.
I thought he was going to try to steal it, but instead I think he'll just want to re-create it in our home one day :) 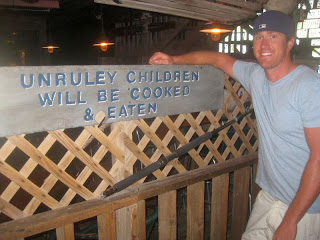 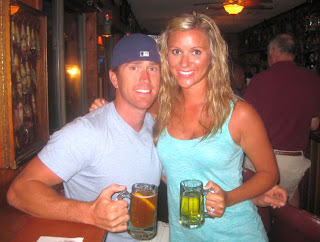 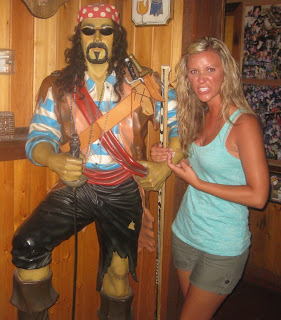 We had a fun night out, but realized yet again that we just can't hang anymore. I think we went home at 10:00pm! 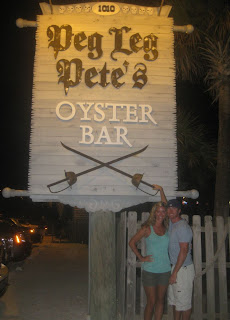 My very mature husband found this dead blue jelly fish on the sand and carried it back on those sticks. He put it by the drivers door of our truck, hoping to scare our co-worker when he got in the truck. Well, it wasn't so scary but it was funny!
Then my very mature husband placed the jellyfish under the wheel of the truck and asked our co-worker to run it over slowly, so that he could watch it explode.
I sat in the backseat ignoring them as the boys did their thing.
Gotta love living with 3 boys since August!
Girls? HELP! 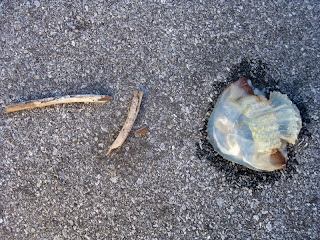 Think Bryan was cold much??? 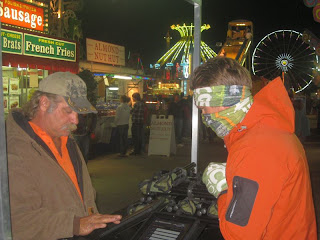 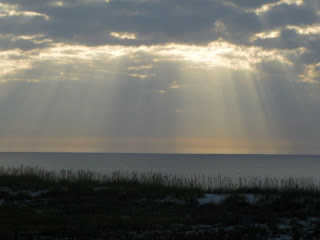