We had to make a last minute pit-stop in Jacksonville because Ford decided that they wanted to fly down a camera crew, totalling 10 people, from Detroit to capture and create a short about a man who wrote into the Ford Explorer facebook page. He simply asked why the Explorer was not coming to Jacksonville on it's nationwide tour (which is "us"... we are the "nationwide tour"). Ford took his question very serious and since we happened to be driving through Jacksonville, we brought the Explorer to his office to show it off to him. This PR stunt lasted all day.... the man was very happy and the camera crew captured some awesome footage. It was fun being behind the scene's of the shoot. Please "like" Ford Explorer -- the footage should be up in te next couple of weeks!
Although the point of our stop was the PR event, it also happened to be Colin's birthday -- YAY!
Bryan and I took him out to Outback Steakhouse then we went to a nearby TGIFridays for some drinks. Conveniently my Steelers were playing on Monday Night Football, so we were able to watch the game too.
And yes, those are BOTH mine.
Go to TGIFridays... it's buy 1 get 1 free! 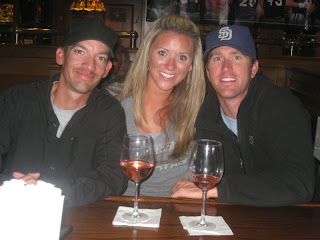 I drank 2 bottles of vino this night... clearly! 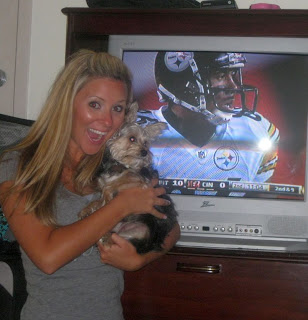 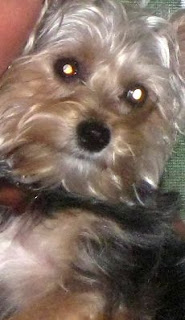 Sitting as close as possible to the tv.... and to my Heinz Ward! 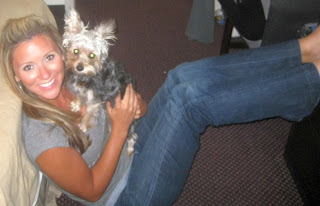 Cali perched on top of her daddy 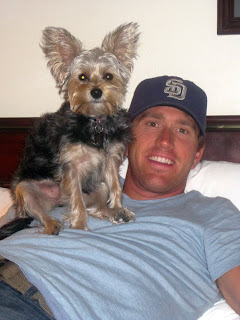 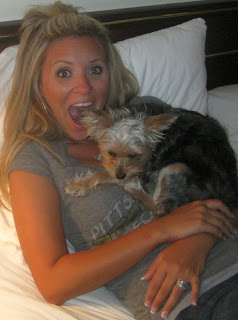 Think we're obsessed with our dog much???