Oh Lordy - it took everything in me to get through this painful work week.
I'll blog about working at "fair's" at a later date.
Buuuuuuut...
Thank goodness we had some downtime in the beginning of the week to vedge and hang out with each other and our Cali-girl.
Bryan and I set out for a picnic on Lake Ella, a small lake down the street from our hotel in Tallahassee with fountains surrounded by a walking trail and picnic pavillions. 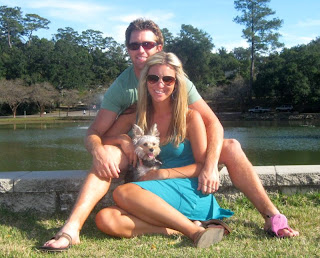 Cali loved chasing birds, ducks and runners.
She was so excited to get to the ducks that she would chase them into the lake and run in after them! 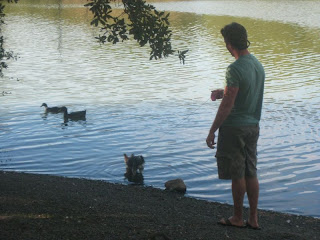 This was one of my most favorite days on this tour -- so relaxing and peaceful.
Plus, we're HUGE picnic-ers, so I was happy to get 1 last picnic of 2010 in!
(I'll do a post about our amazing engagment at a later date also :) 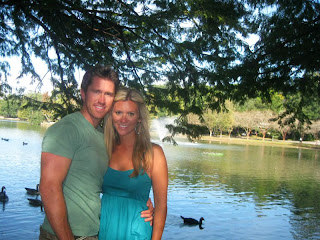 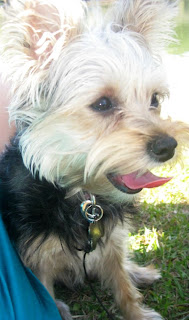 My lil girlfriend and I watching the ducks 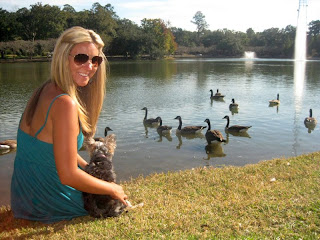 Cali had such a fun day running around like a crazy pup! 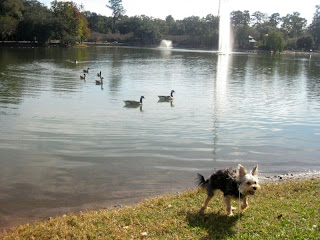 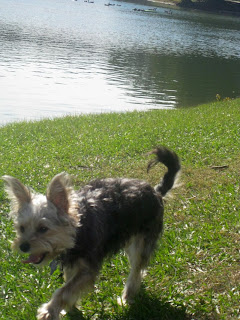 Cali's favorite treat is ice.
The dog loves it.
Can't get enough.
I think we created her heaven on earth when we dumped a whole cup-full of ice on the grass for her to play with and eat... 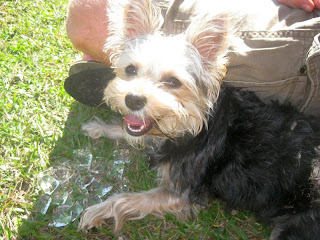 Running to the gazzebo... gotta love the American flag! 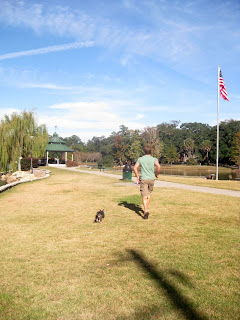 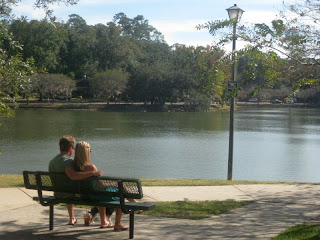 I think Cali may have a better life than some people.... she loves being a travelin' doggy! 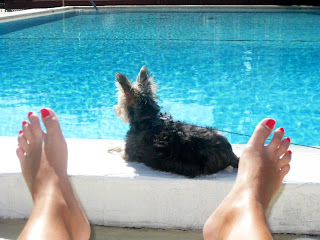 The bar across the street from our hotel was conveniently called Steel City Saloon. The owner is from Pittsburgh, owns a bar there, and has food on the menu local to the area.

The Steelers had a Sunday night game, so we headed to the Saloon for some dinner, drinks and football!
Too bad we got creamed...
On a positive note - I would like to mention that the Steelers 23 points in the fourth quarter marked their highest-scoring quarter of the past 10 years.
WOO HOO!
How could we have lost with such a high scoring game though?
Well for 1, Jeff Reed, who I've always been a major fan of, totally dropped the ball.
Literally.
He's been choking hardcore this season.
Yesterday, the Steelers announced that they've cut Reed after 8 years as their kicker.
Onto other important things like the all-around phenomenal pierogies I enhaled Sunday night!
"Pittsburgh Pierogies" 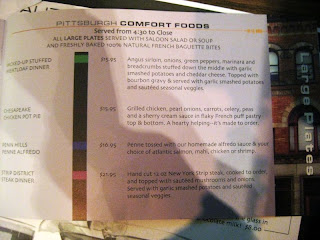 Bryan ordered us pierogies as an appetizer...
They were so amazingly good that I ordered them AGAIN for my dinner!
All 4,000 calories were entirely worth it :)
And let me tell you, from one proud Polish girl to *maybe* another, good pierogies are hard to come by AND these were as homemade and legit as they come... in a restaurant.
I think Steel City Saloon had a babooshka in the back hand rolling and pinching them! 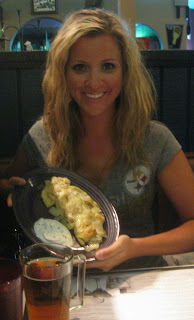 And yes, I was drinking Yuengling... of course!