While I was immersed in closing hell last week, Bryan was bringin' home the bacon up in NYC.
When anywhere, all he wants to do is go to a baseball game.
He literally lives for the sport.
After checking game times against his days off, he realized that the Padres were playing the Mets and that he'd be able to go to a game.
So after an early morning and long day of work in Washington Park, he hopped on the subway and found himself at Citi Field rooting on the Padres!
You see...
When we 1st began dating, I was living in downtown San Diego and we'd walk to Padres Stadium or Altitude for games all. the. time.
He hasn't seen them play since then and was excited to have a little piece of home and familiarity on the east coast for a change! 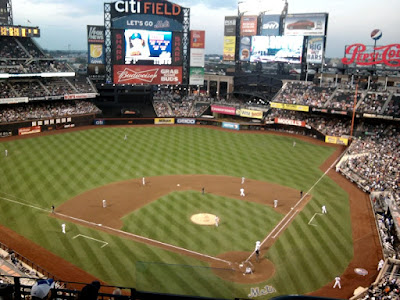 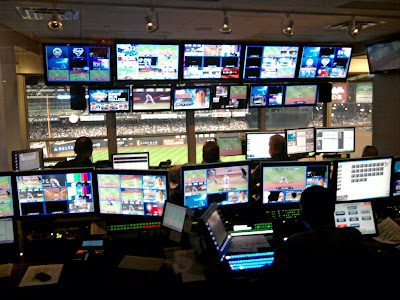