Oxford, MS is everything you would imagine and more - It is quaint, charming, picturesque and full of Ole Miss pride. Football is a religion and the town shuts down on home game Sunday's.

The earlier part of last week was spent working between the Student Union and the famous Grove. 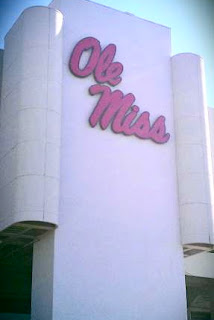 Every home game the football team parades down the walk of champions in The Grove. Think Eli Manning and Michael Orr... 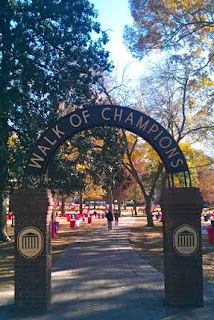 You have not done Oxford justice if you haven't visited the town square. There is no mall in town, only boutique shopping on the square, so clearly we cleaned ourselves up and headed there for a fine night out. 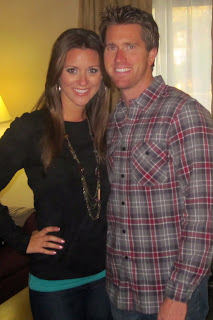 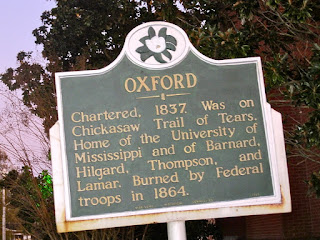 Neilson's is the oldest continuously running department store in the country 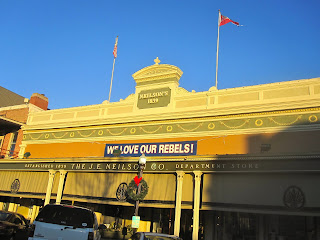 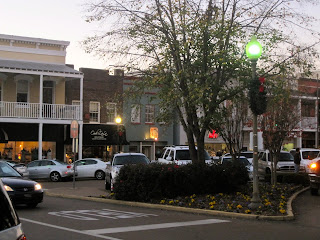 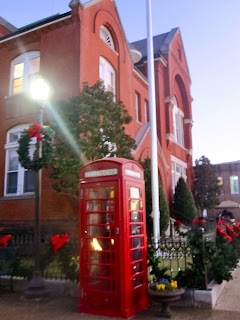 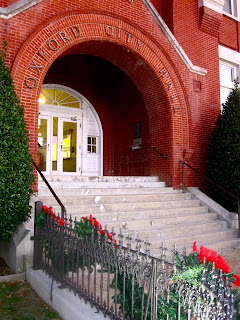 William Falkner lived (and is buried) in Oxford and used many of the town's historic sites for his novels, some of which are on the square 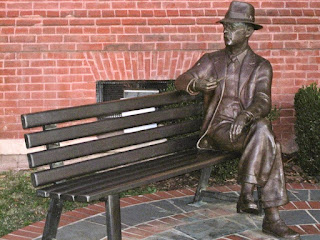 City Grocery
City Grocery is the culinary epicenter for Oxford. The chef, John Currence, has been featured in many magazines, most recently September's issue of Bon Appetite. He also appeared on Top Chef Masters season 3. Bryan and I went for drinks (2 for 1 whiskey and diet's, of course) at Irie and then headed over to City Grocery for the most decadent of meals. 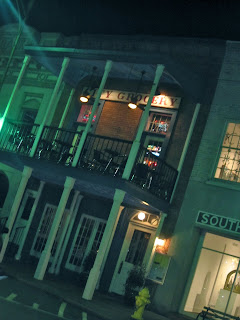 Tailgating in The Grove is unreal - best tailgating school, hands down! 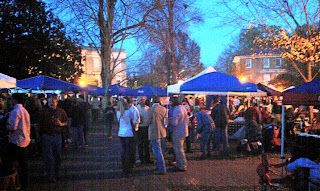 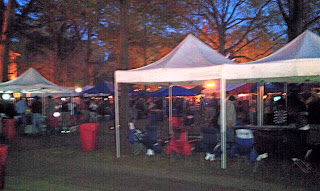 Saturday nights game was a blowout of major proportions: 52-3. Bryan and I were given free tickets to the game... free 3rd row tickets! It was amazing to sit in the stands at Ole Miss and root on these two teams, one of which (LSU) may very well be in the National Championship. 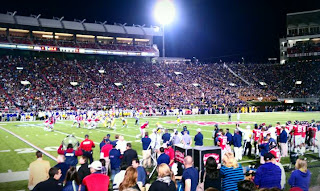 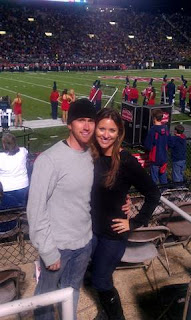 I can honestly say that out of everywhere we've gone on this tour, Oxford is the most memorable for both Bryan and I. What an amazing college town!