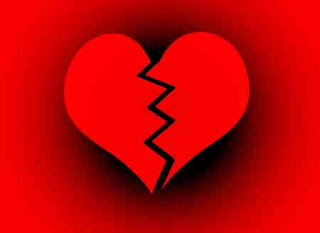 I don't know what to say or do.

Two people who I care deeply about are no longer.
They have called off their engagement.
Their June wedding is cancelled.
Their relationship is over.
I don't know the details, as no one is ready to talk.
I'm really distrought over this.
I can't even imagine how they feel.
This is one of my close friends... someone I've known since I was a teenager.... a former roommate...... a friend of the family.
Throughout the years this persons fiance became my friend.
They are both my friends.
Both were at our wedding in St. Thomas.
Their relationship is one that I cared about and one that I was rooting for like no other.
I can't imagine what it feels like to have your wedding planned and life partner chosen, just to have it pulled right out from under you.
The grieving.
The healing.
The starting over.
I mean, I didn't even know they were having problems.
But I felt something...
something was wrong and I expressed that to Bryan weeks ago.
I don't know why because I haven't spoken to either of them in a while.
It was just a gut feeling I had.
My gut's crazy like that......
I wish I was in California and could see them, but they're not ready to see anyone.
I want to do something.
There's nothing I can do but let them know I'm here.
I'm still rooting for them.
They were perfect for each other.
Beyond perfect, perfect!
So I thought...