No one ever tells me that I resemble a celebrity.
Like ever.
Even when I ask, people can't seem to pin-point anyone.
Although about 6 months ago I had a random in Atlanta tell me that I looked like Celine Dion. 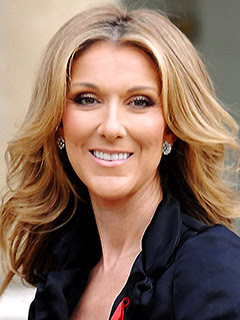 So, I went to MyHeritage to check out what celebrities they'd match me up with.

Um, yeah.
Although no one has ever told me that I look like Katherine Heigl or Maria Menounos, I'm pretty sure I'm loving this site!
I used to get Mischa Barton when I was younger and thinner... and when The OC was on the air.
I'm pretty positive that the only connection I have to her is that I'm from "The OC."

I was curious what would happen if I used a different picture of myself.

I got Maria Monounos 83% and 86%... I don't resemble her what-so-ever. Like, her and I couldn't look more different from each other... but hey, I'll take a comparison to her any day!

Josh Groban? The Rock?? Hell no! I think Bryan resembles Scott Caan. Everyone that has ever met Bryan, including me, tells him he looks like Iceman.

Go link up here. Thanks Raven!