We live at the lake for a reason. And every chance we get, we are either dining on the lake, drinking at the lake, taking Cali to play in the lake or cruising on the lake. Our world revolves around the lake and since moving to North Carolina 2 years ago we have officially become "those" people, in the best of ways!

During my in-laws weeklong visit we decided to treat them to a day out on Lake Norman.
And what a nice day it was! 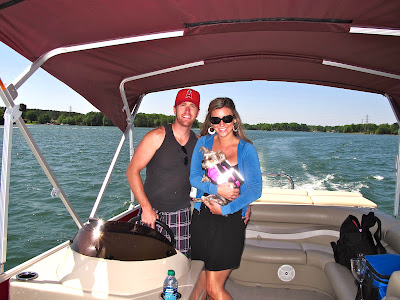 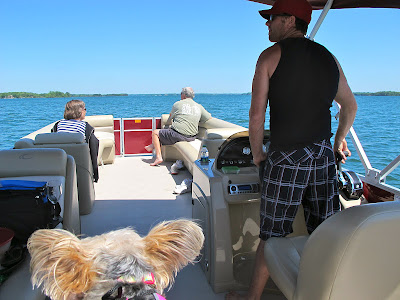 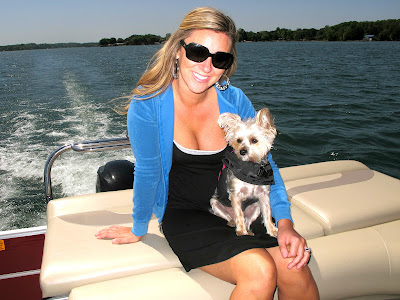 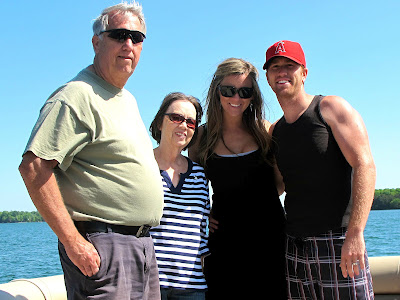 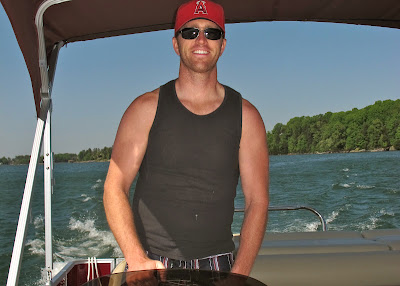 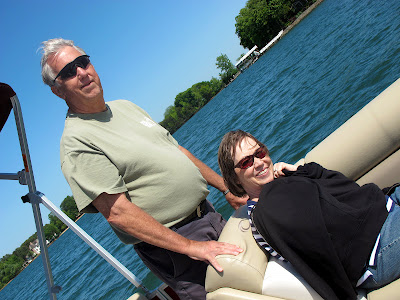 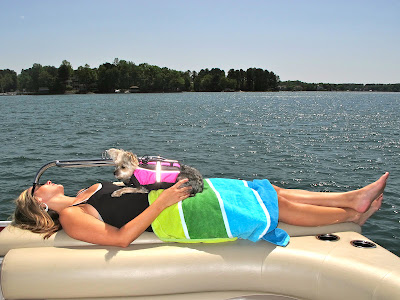 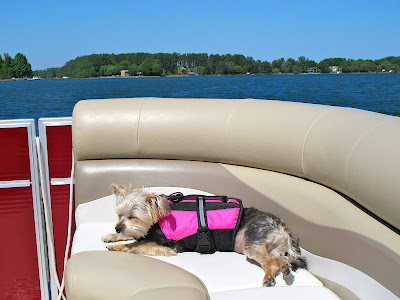 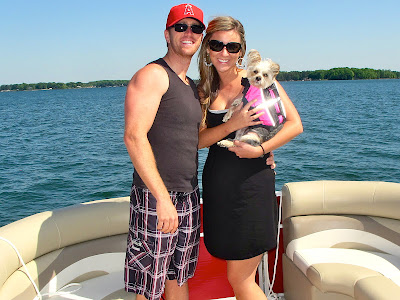 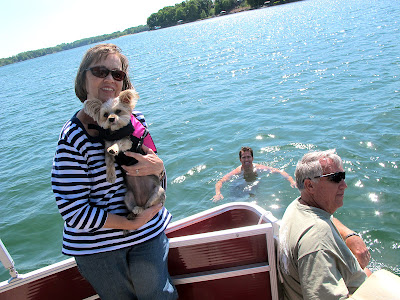 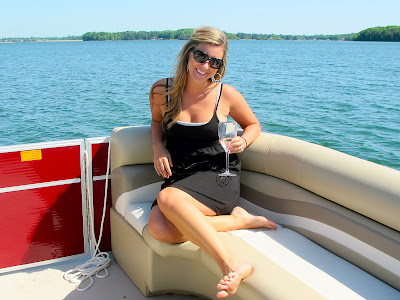 We take Cali once a week to a beach... she loves to swim around and fetch sticks in the lake! 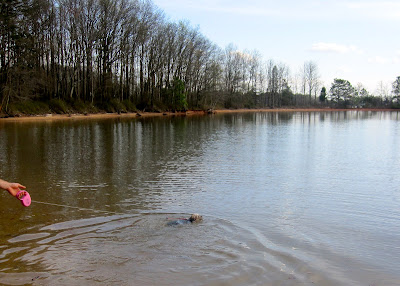 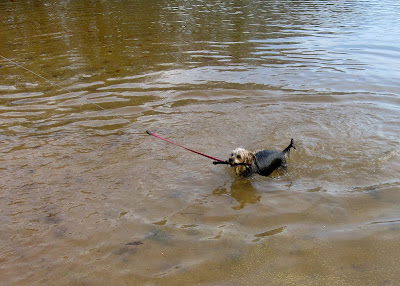 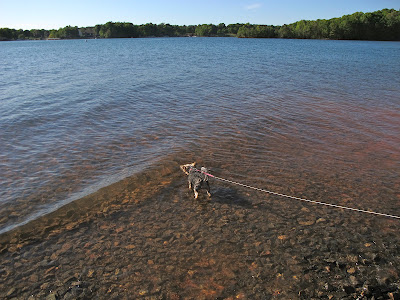 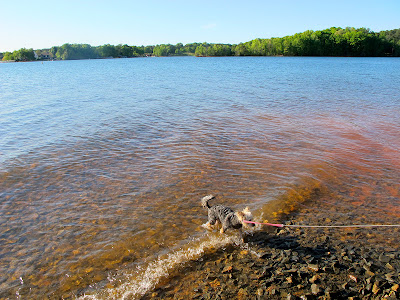 Earlier this week our friends told us to meet them on a particular dock and they'd swing by and pick us up for an afternoon of speed racing, sun tanning and beer drinking! 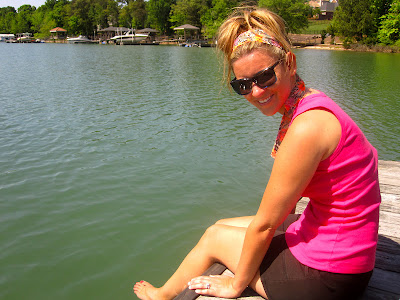 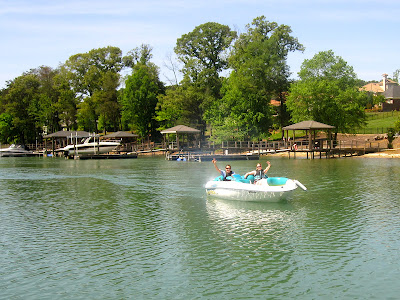 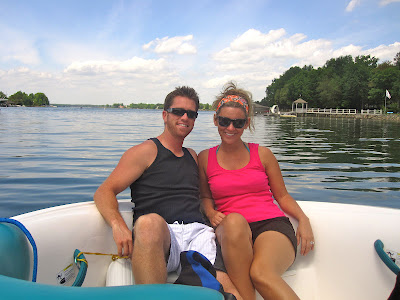 I am in absolute awe of anyone who owns a house on the lake, 40% of which are mansions owned by professional athletes. 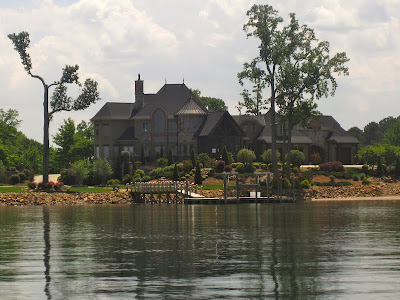 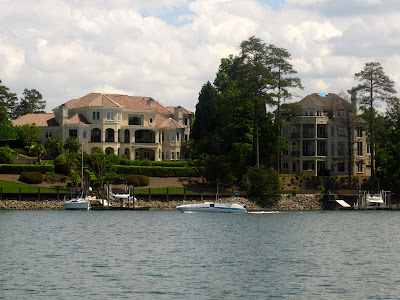 Michael Jordan's house hidden behind the trees and wall 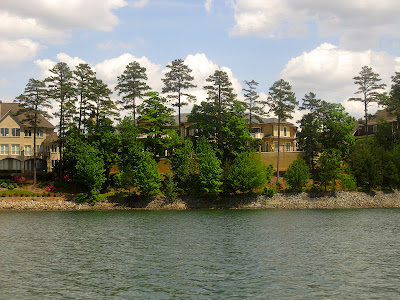 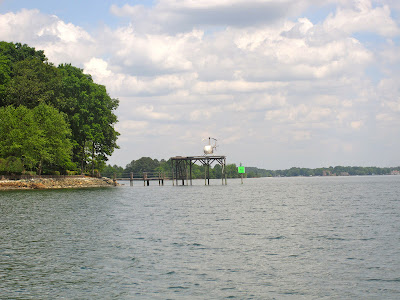 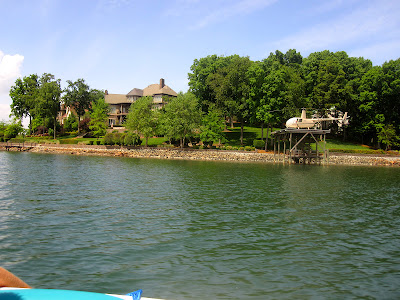 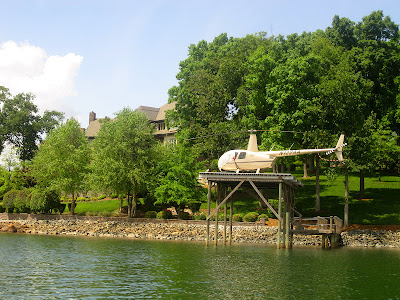 And because every time I'm on a boat I can't get this song out of my mind, and even though I don't know many of the words, I attempt to sing it anyway!