Memphis was an interesting stop. I don't even really know how to describe it, but I know that we did our best to stay in the "good" parts of town.

For dinner one night we went to Gus's for some of their famous fried chicken. Bryan and I had to order the fried green tomotoes and fried pickles too. Obviously! The chicken was AMAZING *seriously the best fried chicken I've ever had the pleasure of eating* and the down home, no frills restaurant deserves to be famous! 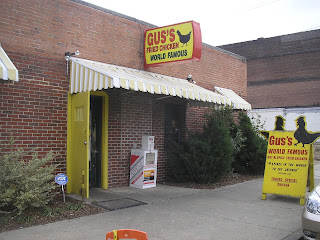 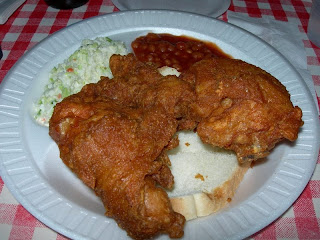 Check out how happy the guy behind us is! "Mmmmm... me fried chicken SO good" 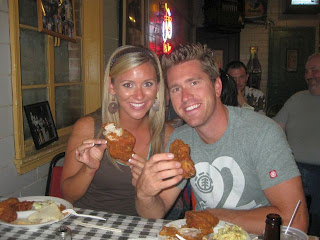 After our zero calorie meal at Gus's we headed off to Beale St, which was only a few streets away. I must admit that having never had been to Memphis and having heard some pretty scary stuff about this "tough" city, I was stunned by how completely awesome Beale St was! It felt like a mini Bourbon St in that you could walk on the streets with your drinks, purchase drinks from street vendors and walk into bars with a drink from a different bar. It was all lit up like Bourbon St and Broadway (in Nashville), was extremely crowded with people of all ages and had live blues coming out from most bar doors and windows. 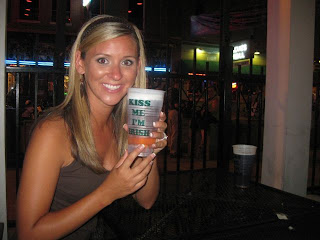 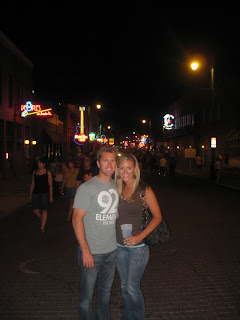 My boys - 3 months with these fella's was so much fun! 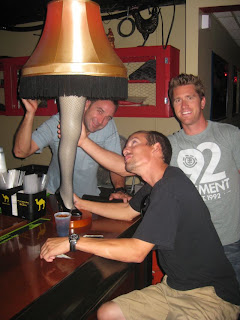 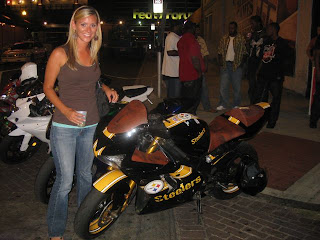 Okay, so although we do our best to enjoy our days off in each city, we're really there to work. The Mid-South Fair takes place in Mississippi so we hopped the Tennessee border and spent 11 hours daily attempting to understand English through the thick deep-south accent and explain the Explorer's features to people who were mainly toothless and spending their life's savings on Carnival rides such as Bear Afair, Fried Twinkies and Krazy Taters.

The person who stands out most in my mind was a wrinkley 65ish year old woman who was at the fair with her adult children and her grandchildren. She had on short jean shorts and her fried bottled blonde hair had about 4 inches of grey roots. As she spoke to me her lime green tongue ring would poke out of the empty holes in her mouth where her front teeth should have been, but clearly were not.... I know this because I was in conversation with her for the longest 3 minutes of my life. It might have been the grossest thing I've seen. And I think I might have lime green nightmares. Anyhow, I'm really not quite sure how I kept my composure with her and didn't vomit everywhere because TRUST ME... it made me nauseous.

But oh wait, I didn't have to throw up because someone else did --- RIGHT NEXT TO OUR EVENT SET UP.... not once but TWICE!

If that doesn't paint the picture for "ya'll," I don't know what could!

Moving onto more important things, Bryan and I FINALLY tried Fried Oreos. Not great, but not bad by any means. If you've never had them, I'd say to give 'em a whirl but take off half of the breading otherwise you won't taste the yummy Oreo at all. 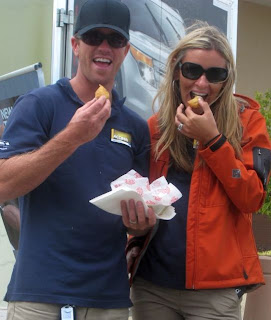 I think I gained 5 lbs this weekend.

What can I say... we're practically Carni's!