Last week the Democratic National Convention took over Charlotte.
Although our political affiliation lies elsewhere, Bryan and I chose to put politics aside to be part of this historic event in our great little city.
We were up every morning at 3:30am, were downtown by 4:45am and working by 5:30am.
We watched the sunrise each morning and hung around after work a bit to take in the madness.
Each day we arrived home exhausted and sore at around 3:30pm and went to sleep at 8:00pm nightly.
To say that we had a great experience being in the thick of things is an understatement.
It was truly a fantastic learning experience and so fun to be in the epicenter of the DNC! 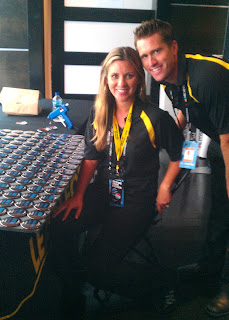 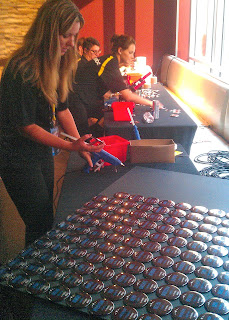 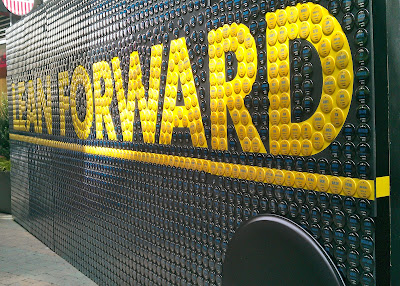 The magnificent button wall was my baby... That hot glue gun and I became the best of friends! 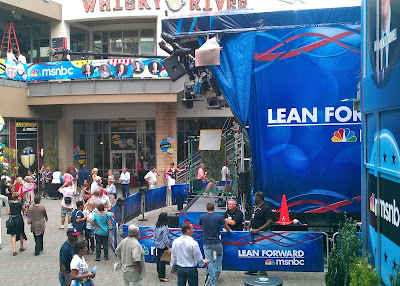 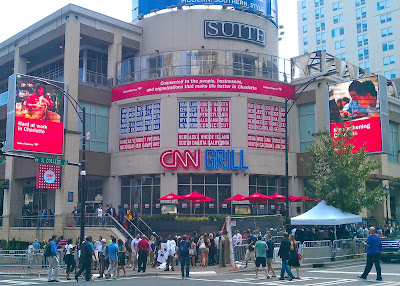 The Epicenter was taken over by MSNBC and CNN 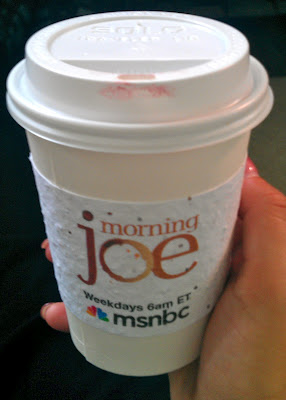 Kicking off my mornings with my cup of Joe! 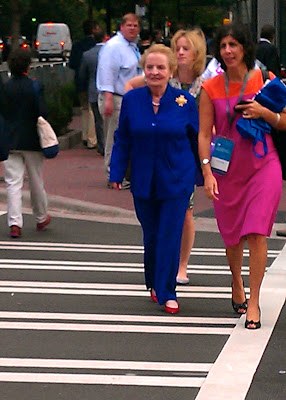 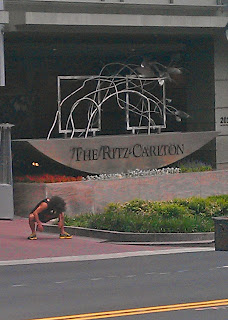 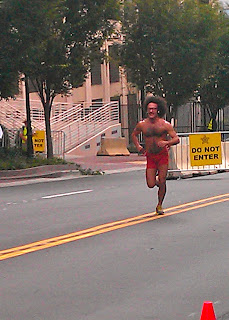 LMFAO - Redfoo (possible look-alike) stretching, doing lines and yoga in the middle of the street 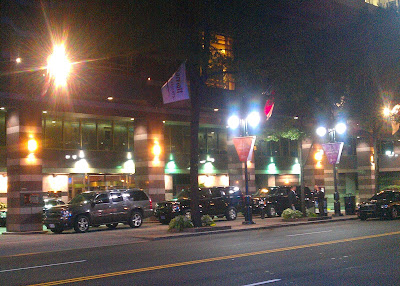 Secret Service vehicles parking/waiting outside the Marriott (dark because it's 4:45am) 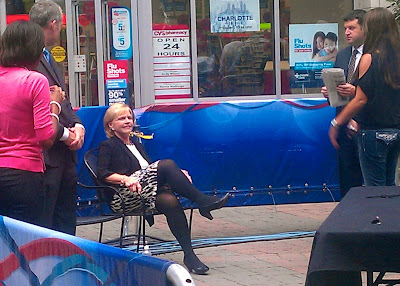 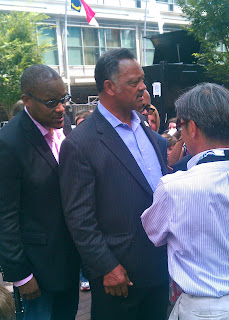 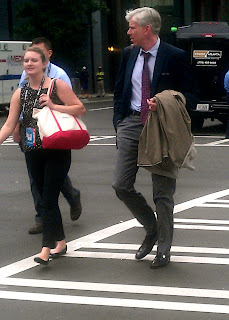 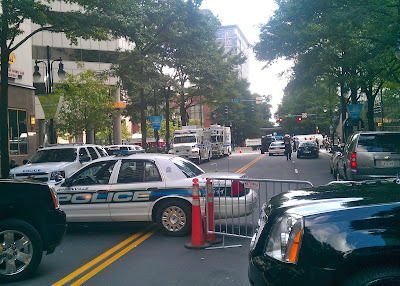 So many road closures, police and black tinted SUV's everywhere you looked


Walking the streets and inside The EpiCenter, I saw: 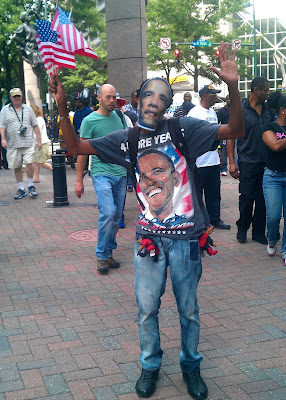 Because this is my job, I'm refraining from discussing specifics... although I have so many details/gossip that I'd love to share, haha!!