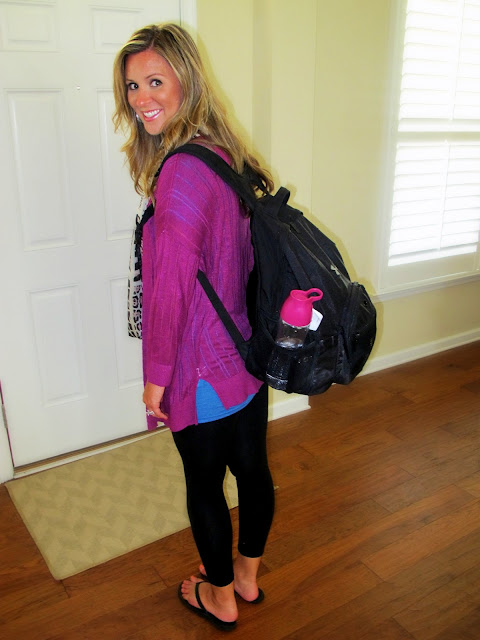 Last week work brought me to a city that I had never been to before. This is a rarity for me and a true pleasure when it happens. I feel giddy inside, experiencing and exploring for the first time.

I had very little preconcieved notions about Atlantic City. I knew about the Taj Mahal, that Beyonce performed her comeback concerts after the birth of her baby in AC and that it's the "Vegas of the east." Other than that, I was clueless.

Words can't do AC justice. It is one of the coolest places I've been to in the states. The hotels are magnificent, the casinos are abundent and across the bustling boardwalk rests white sand and the calm Atlantic ocean. 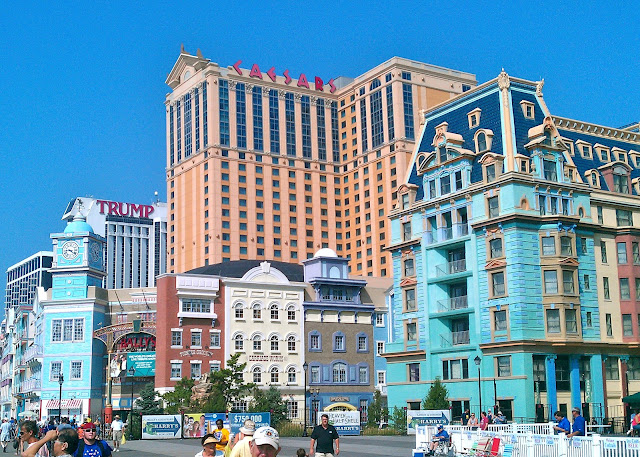 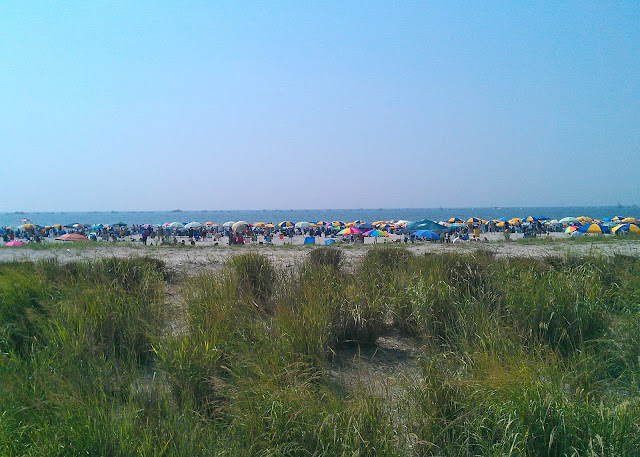 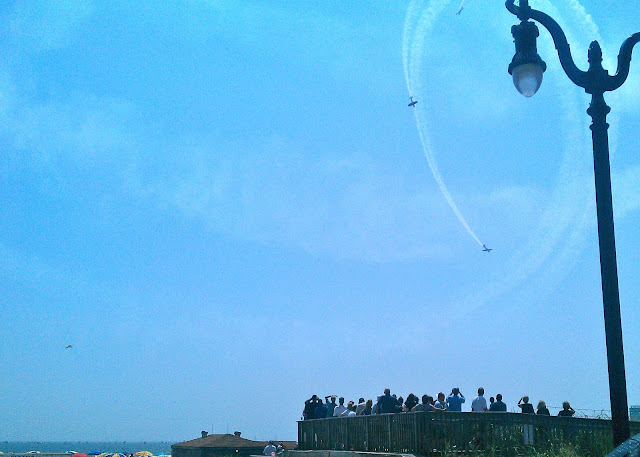 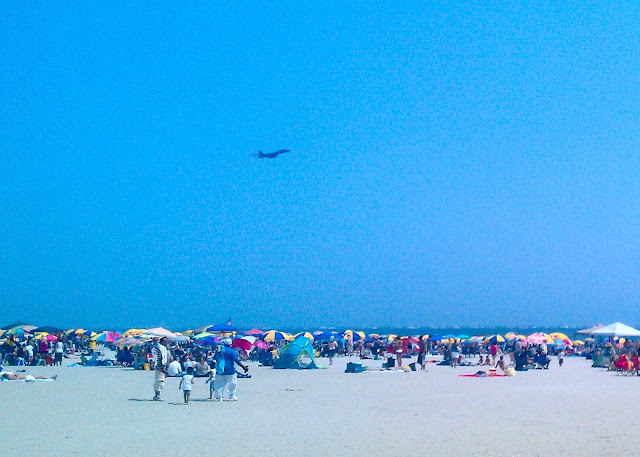 The Atlantic City Airshow dubbed "Thunder Over the Boardwalk" is one of the most popular events to take place in AC and I can see why. Hundreds of military ships line up parallel to the coastline, loud fighter jets zoom over the ocean performing risky and jaw-dropping stunts... And you, parked on your beach chair getting a tan? It was an American delight and I will be back for this event, as a spectator, in the future!

After I returned home from Atlantic City I called my mom. I was telling her where I had just been and how pleasently surprised I was. She then told me that, while in college, her and her girl friend went to AC every summer for 2 weeks. They stayed in a boarding house, similar to a hostile, but more fun is what I surmise. She told me about what a party it was... People hanging out windows, kegs, chilling at the beach all day followed by parties every night. She then quickly cut her reminiscing short and said "that was back when... um, those were crazy times." End of story. Ha! I asked my mom to journal all of her "crazy, before you met dad, stories" so that I can find it one day, when she passes, and read about how cool she was! 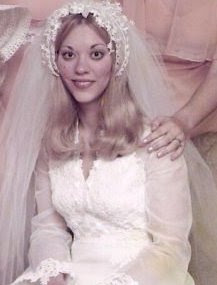 Because I'm having fun documenting my airport misfortunes and funnies, I bring you this lovely lady in the black top, jeans and white shoes - She was flying with her sister (to the right) and was so drunk that they wouldn't let her on the plane. Slurred words, stumbling, walking into people/counters, couldn't drag her luggage, yelling - it was a sight to be seen! And the best part of it all? Her sister got on the plane and left her to sober up in the Philly airport solo! 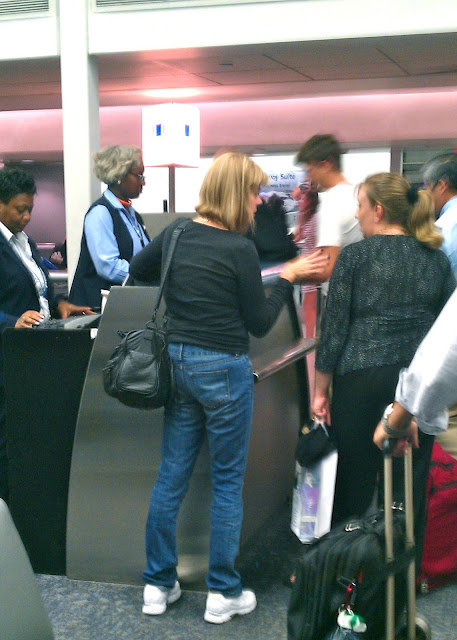 My flight was delayed due to the drunky above and lightening in Philly, so I didn't arrive home until close to midnight. I found this sweet note and my family waiting up for me - love them! 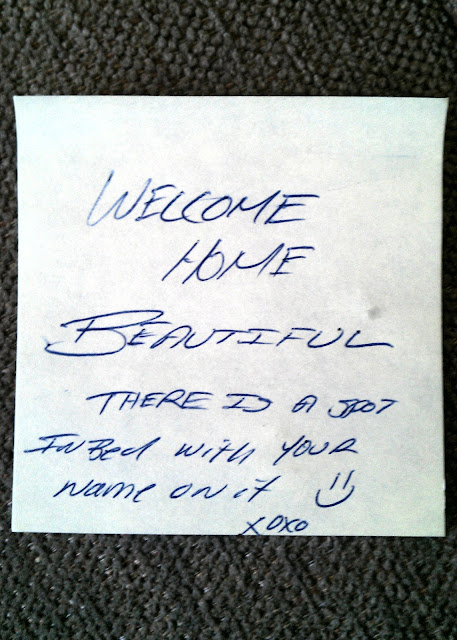