I'm just going to keep it real and say that this 2-3 month span was all over the place for Trace. Some nights he slept 11 hours straight, whereas other nights he'd wake up wanting to feed twice. His temperment would go from the most pleasant angel you've ever met to a child that was possessed by the devil in 1.1 seconds. I never tried to figure him out and just laughed along the way, knowing that everyday is different with Trace Jameson. I'm happy to report that this was "just a phase" and that he's back to being the good ol' predictable little sweetie that he was this summer. With that being said, some of our everyday household items became used as non-conventional baby magic this past month...

Magic. I. Tell. You! On the nights that Trace was overly exhausted, yet refused to go to sleep... we'd turn this bad boy on in his room, he'd immediately stop crying and would be fast asleep within a few minutes. His room has never been so clean ;) 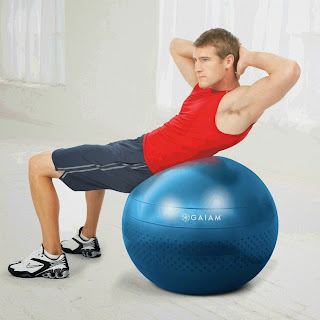 These are meant for doing crunches and working on your core/posture/balance, but honestly... if you have a baby, go run out and get yourself one! Trace is a boy who's always loved to be bounced. I don't remember the last day that my arms weren't on. fire. from bouncing him. If I stop, he cries. If I sit, he cries. We have to stand and bounce him. Demanding little tyke, no? Anyhow, this was getting to be so tiring, so Bryan had the genius idea to bring our balance ball into the mix. Duh, why didn't we think of this sooner? We sit on the ball, bounce up and down -- We are happy and our arms don't burn... Trace is having the time of his life and is as cool as a cucumber. This has been a s.a.v.i.o.r!

Moving on to baby items: 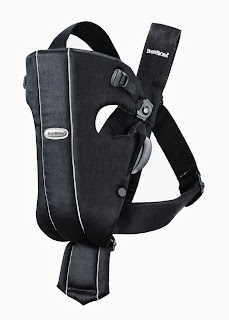 I know that the ergo is a very popular baby carrier and I get why, but honestly, I bought this exact Baby Bjorn for $15 in a gas station parking lot off of some dude from craigslist. He wasn't just any dude though, he was a clean cut father of 2 boys and Bryan went with me to make the exchange. Best $15 spent! I don't see any reason to why this product has to be brand new, as I ran it through the washing machine like 5 times before deeming it useable from a stranger. Bryan and I both wear this all of the time, both at home doing everyday things (watering grass, emptying dishwasher, doing laundry, putting away clothes) and while running errands (shopping, grocery shopping, Bryan wears it to Home Depot :). Facing in toward us or out toward the world, Trace is very comfortable in it.

These toys have been Trace's favorites to play with lately. I clip the rings to them both, so that I can hang his toys on his carseat when taking walks and on his bouncer. When I don't hang the toys, I just put them on his lap and he eats the rings, fabric and listens to the music. He's literally obesessed with these toys, and they've kept us from having several public meltdowns this past month! 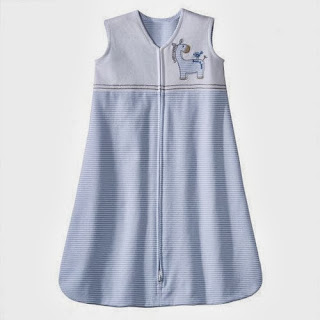 We started to transition Trace out of the swaddle and into a sleepsack when he was 11 weeks old. I have this sleepsack in yellow and grey and absolutely love it. The texture, thickness of material, ease of the zipper and room for Trace to kick is all on point. I'll be devoting an entire blog to this particular sleepsack within the next month, I love it that much!

Kate Spade Stevie diaper bag
Considering how I rarely leave my house with a purse these days, it was important to me to have a diaper bag that I love. The Stevie is roomy enough for everything you need for baby and for yourself. It has several different sized pockets and compartments -- it comes with a matching washable changing pad -- looks chic, classic and doesn't scream baby. I love this bag and am glad I paid a fraction of the price by purchasing it brand new on ebay. 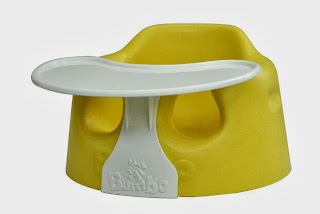 When Trace was 12 weeks old, his physical therapist told me that he was ready to start using his Bumbo. His head is still wobbley in it, but boy does he just love when I position himself in front of a mirror. The little dude will stare at himself for as long as I'll let him. Vain much? Anyhow, this was another craigslist find! $30 from a mother of 2. I scrubbed it down as if there was tar all over it and then hosed it off... good as new and not worth paying full price for, imho. 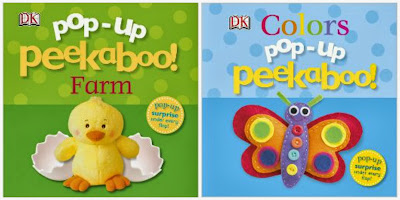 These are the only books that keep Trace's attention. I'm pretty sure it's because I'm constantly yelling "peekaboo" as I turn every page :) 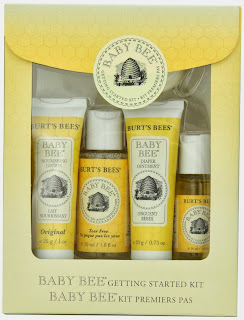 We love the Burts Bees Baby Bee collection. The scent is practically non-existent, which I like. Trace has had no issues with any of their products, the shampoo/body wash doesn't hurt his eyes and if he licks his hand it doesn't seem like he can taste anything. When I told my pediatrician we were using this product she said "great" and told me to stay away from J&J (I didn't ask why, but note that Aveno is a part of J&J). The lotion is so nice that I sometimes use it myself!