While Bryan was in Louisville he was able to escape up to Cincinatti for a Reds vs Cardinals baseball game.
He loved the stadium *although he still believes that PNC Park is the best stadium... smart man* and had an awesome night at the game. 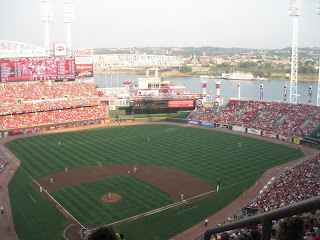 At this particlar game a huge brawl broke out on the field before the game even really began.

It aired all over ESPN the next day and Bryan was so excited to have been an eyewitness to the madness. 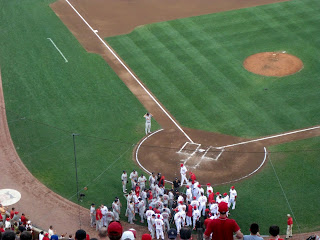