the day we found out & how I told bryan

I want to start by thanking everyone for their kind words on my last post. You sure know how to warm a gals heart! I read every comment multiple times, as did Bryan. I don't know how to properly convey how Bryan and I feel. We've had several months for the news of our upcoming arrival to sink in and know in our heart of hearts that our child will always know what it feels like to be loved, will never question their self worth and will be told many times how much they were so very wanted. We are ready for this next step in life and hope that you follow along on this new adventure of mine... 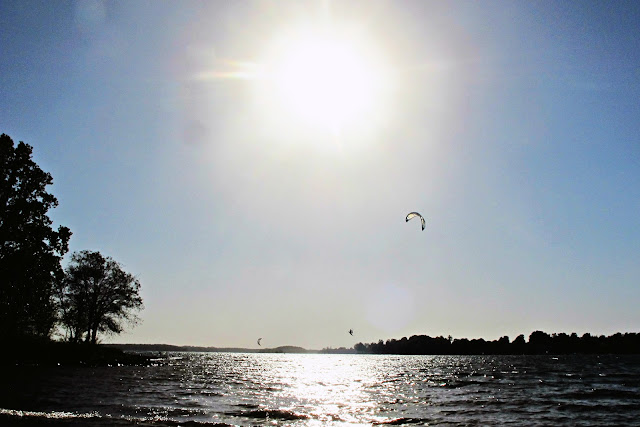 How we found out we were expecting:

I woke up the morning of October 19th with no signs of aunt flow. Hmmm. At this point I'm two days late and I'm never late. I was experiencing the same pre-period symptoms/pains that I always had and believed that aunt flow was just around the corner. Just 'cause, I decided to take a pregnancy test anyway. After the test, I walked away from it, knowing it was negative for what felt like the gazillionth month. But, much to my amazement... It. Was. Positive!

What did I do?

I stood there staring at it. Just staring. In complete disbelief. I was in shock. I was talking aloud to myself and just entirely stunned. Then I took another pregnancy test from another brand. Of which confirmed I. Was. Pregnant!

Who did I tell first?

Cali, of course. I mean, she was the only one around! Bryan had left for work and I made a quick decision not to tell him over the phone. I had always assumed he'd be with me when we found out I was pregnant, so I had no cute way of telling him planned out. Waiting for him to come home felt like the longest day of my life. I had the most indescribably exciting news bottled up for 8 long hours. And I had to come up with a cute way of telling him!

Flash back to April 2009 - Bryan proposed to me while picnicing on a vineyard in Napa Valley. He had surprised me with a set up of a green checked blanket, picnic basket, wine, cheese... and a sparkly diamond ring! I've said this before and I'll say it again, picnicing is our thing.

Bryan was on his way home from work when he called to ask me a quick question. Having him on the phone was perfect because I was able to tell him that Cali and I were on our way to her swimming spot at the lake, so I asked him to meet us there.

He arrived to a surprise picnic that I had set up on the shoreline.

There were high winds that day, so all of the wind surfers and kite boarders were out. I think he thought that I surprised him with a lakeside picnic because he had a stressful week and it was a beautiful Friday evening.

Little did he know I had another surprise in mind...

I used the same green checked blanket and picnic basket that he had used when proposing to me 3.5 years earlier. I had brought our Swarovski champagne flutes, of which are only used on special occasions, and some champagne... er... lemonade.

He opened the picnic basket to pour us a drink and immediately had a look of extreme confusion on his face. He was processing what he was looking at inside our picnic basket. 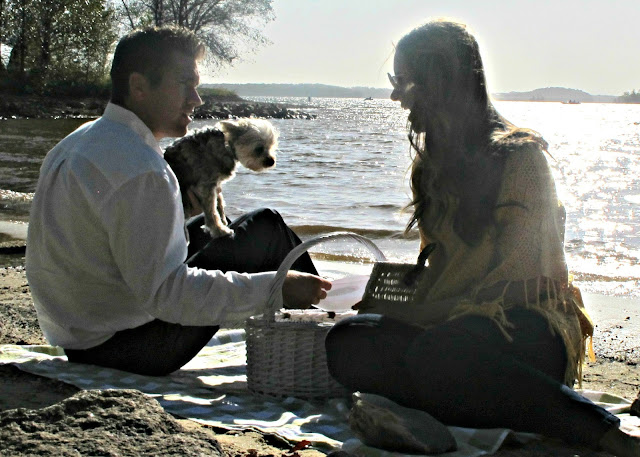 his look of confusion. hidden camera with 10 second timer went off like 50 times, haha!


After a few seconds he asked "But is it true?" Then we had a good laugh. Because that's what we do in life altering moments. We laugh hysterically!

In that moment, I don't think we had ever felt closer or more fulfilled. It was an evening of pure bliss. 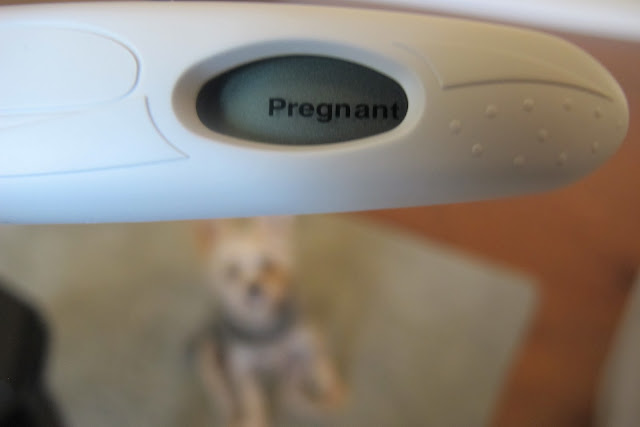 when Bry opened the picnic basket, this 8x10 photograph is what was staring him in the face 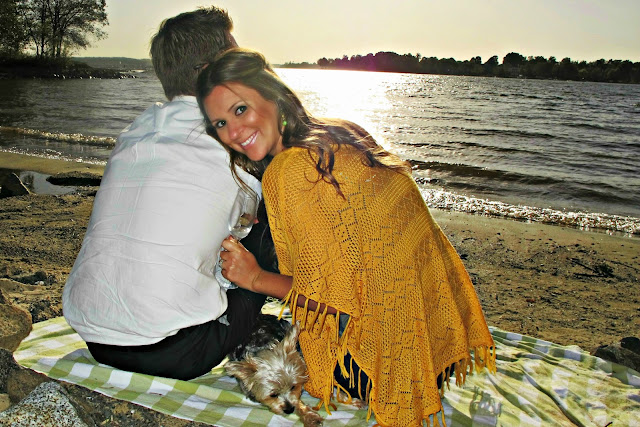 The picture above is one of my all time favorites. After the initial shock wore off and the happy tears dried up, we sat on the shoreline watching the wind surfers as the sun set behind them. It was a life altering day, one of which we will forever hold in our memories as the best.

We had created a miracle... Our little miracle. Pink or Blue? Pink or Blue? We found out our baby's gender this past Sunday and couldn't be more thrilled!