Oklahoma is a special place to me for 3 reasons:
(1) Because I have been going there since I was in college
(2) Because it's one of the only states that I've been to and my dad hasn't!
(3) Because it's home to Carrie Underwood and Toby Keith 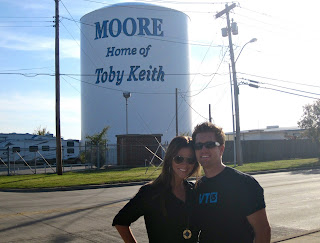 Back in July, I spent an evening eating sushi with a friend in downtown Tulsa, OK. This time Bryan and I found ourselves working in Norman at OU the weekend after the big upset to Texas Tech. OU is such a beautiful campus in their quaint college town, just 20 minutes south of Oklahoma City.

We were only in town for 1 day, so after work we cleaned ourselves up and headed to Bricktown - the entertainment District in downtown Oklahoma City.

Due to the Oklahoma River flowing through the outskirts of the city, back in the late 1800's and early 1900's four railroad companies had operations in Oklahoma City. Years later this is where the NAACP originated. Then the Great Depression hit and wiped out the whole area, leaving every warehouse vacant.

To revitalize the city, construction began on the Bricktown baseball stadium, the canal and shopping district in the early 1990's. This is my favorite part of Oklahoma City! 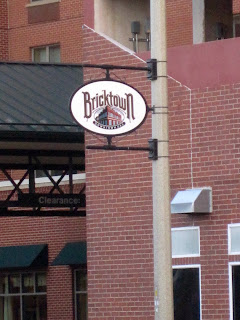 From the sidewalk to the steps to the building itself, everything is brick. 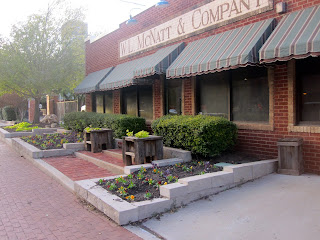 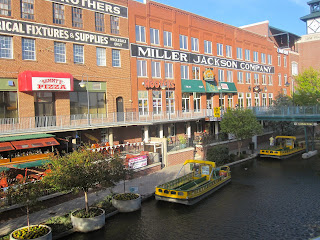 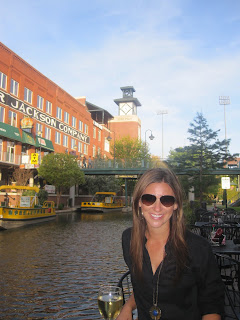 He loves ducks... Ducks love him! 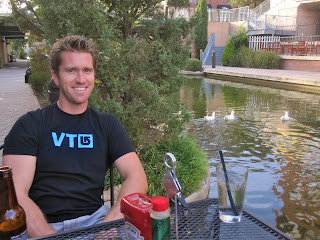 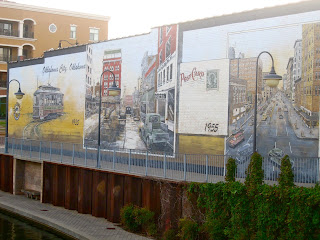 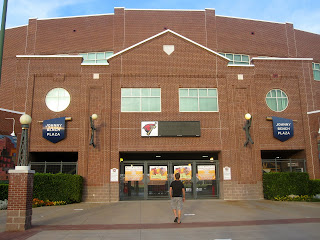 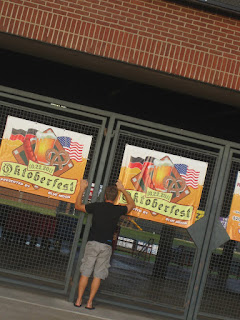 Mickey Mantle is an OK native 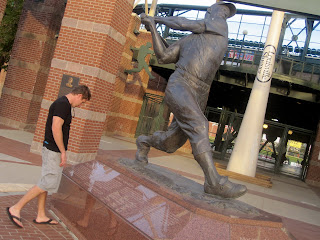 See this place? The roof top Skky Bar. Oh man did Renee and I have a crazy night there back in the day. It started out so fun, and then we put ourselves in the worst possible position I've ever put myself in. Crazy memories of that night.... 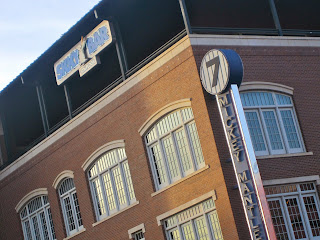 After Bricktown, Bryan and I ventured over to the Oklahoma City Bombing Memorial. This was my 4th time there and our 2nd time going together. It's sad, moving and an absolute must when in the area. A piece of the original building 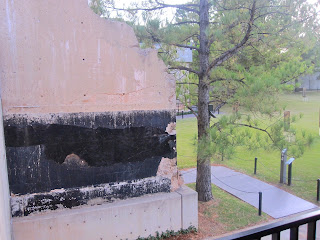 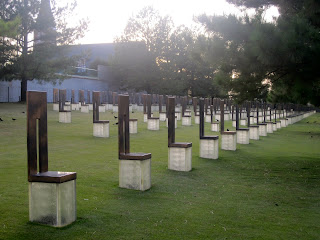 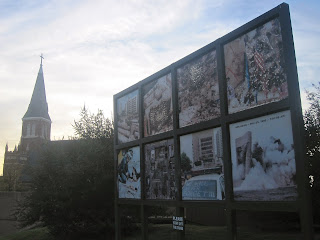 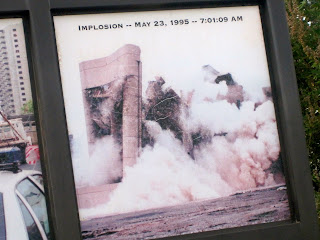 Two of the chairs here are smaller than the others... because they represent a child who's life was stolen. 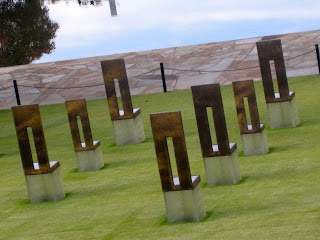 This tree is the only thing that lived/was saved after the explosion. It was around before that day and still stands as a beacon of hope. 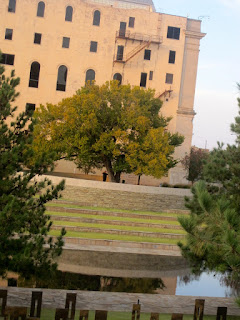 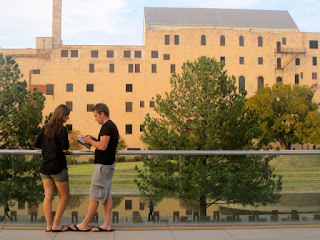 This grass was the on site daycare's playground 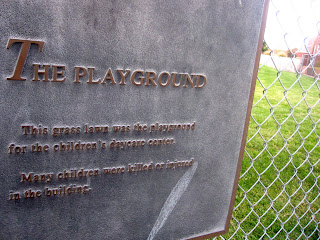 I'm already looking forward to the next time I'm in town...