columbia, mo: it was a football kinda weekend

Just like last fall, we recently spent time in Columbia, MO.
***
Last weekend was Mizzou's 100th Homecoming game -- according to everyone in Columbia, the University of Missouri invented homecoming. Fact or fiction, doesn't matter to me. This was, by far, the most crazy crowded, with every age group under the sun, college football game we've ever been to. The fans start tailgating early and don't stop until well after the game is over. The stadium holds about 70,000 people and there were probably another 30,000 outside the stadium tailgating while the game was being played. It was an awesome environment to be part of! 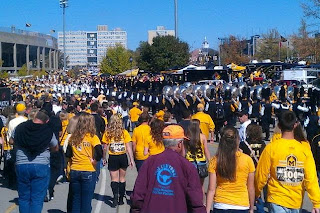 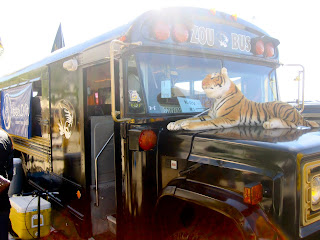 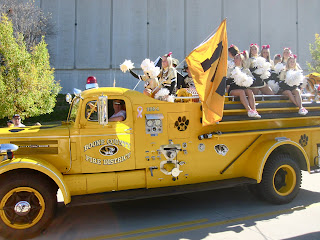 The next day the Chargers had a buy, so Bryan threw on his Steelers shirt for me and we headed to a sports bar to watch my beloveds get another W. After carding us when we ordered our first beer and 3 hours of dealing with us, as we were about to leave, our waiter said "So I have to ask, how is it that two Californian's are Steelers fans in Columbia, MO?" He had every reason to be puzzled... 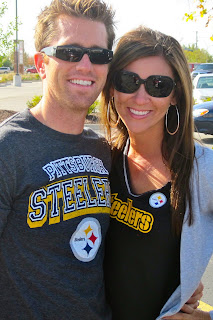 I explained that "I'm originally from Pittsburgh, but grew up in California. Marrying into my family, he had to learn to love the Steelers... but he's a total Chargers fan!" 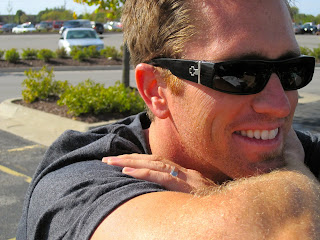